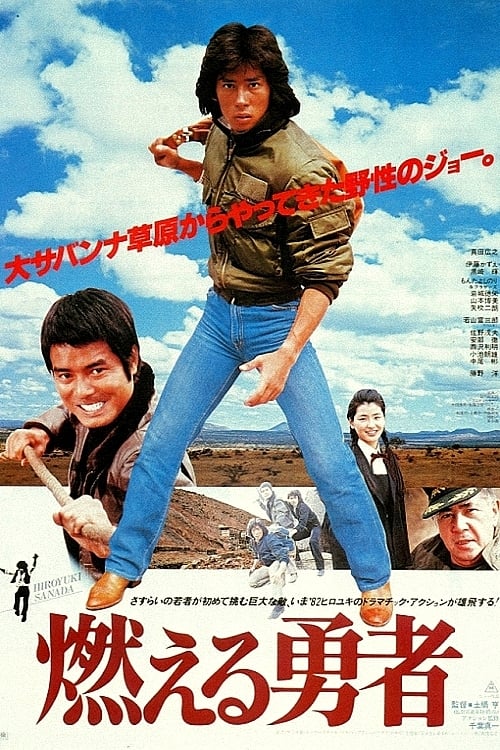 Jo has just come back to Japan for the funeral of his parents, who were killed in tribal warfare in Africa where the family had been living throughout most of Jo’s life. Once the funeral was over, he missed the boat that was going to take him back home, and, because of an altered itinerary, he ends up stopping in a town for awhile — striking up an acquaintance with a teenager and her grandfather when he captures their runaway horse. He would have been glad to leave after the proper amenities were completed, but the girl’s journalist brother is murdered — he was getting too close to wrapping a major news story. At that point, Jo and a friend cannot easily drop the matter as though nothing had occurred, and the two start to track down the source of the trouble — a factory that makes poison gas for Third World buyers. Now their task is to dismantle the operation, prevent one train shipment from arriving at a transfer point, and find the journalist’s killer.

Where can you watch The Blazing Valiant online?