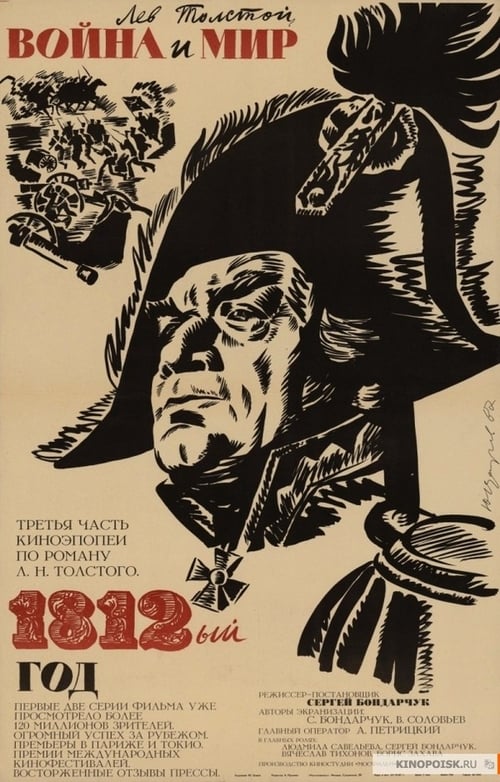 In 1812, Napoleon’s Army invades Russia. Kutuzov asks Bolkonsky to join him as a staff officer, yet the prince requests a command in the field. Pierre sets out to watch the upcoming confrontation between the armies. During the Battle of Borodino, he volunteers to assist in an artillery battery. Bolkonsky’s unit waits in the reserve, but he is hit by a shell. Both Anatol and Bolkosnky suffer severe wounds. The French Army is victorious and advances on Moscow.

Where can you watch War and Peace, Part III: The Year 1812 online?