Crackle Plus to Launch Loyalty Program this Year

In a recent interview with Cross Screen Media CEO Michael Beach, the president of ad-supported video-on-demand (AVOD) service Crackle Plus and head of VOD Networks for Chicken Soup for the Soul Entertainment Philippe Guelton discussed the way that his service is adapting to an ever-evolving streaming market.

Crackle was acquired from Sony by Chicken Soup for the Soul three years ago and is one of multiple content brands under the self-help book publisher’s umbrella. Guelton said that having three distinct verticals within the company provides them an opportunity to “build a unique economic model” that includes creating, acquiring, and streaming content.

Recently, the company announced a multi-year deal with BBC Studio to license more than 2,500 hours of content including “Ripper Street” and “A Life in Ten Pictures,” but Guelton was most excited about another starry British import.

“We just announced that we’re going to have ‘Sherlock,’ from the BBC, as an exclusive for three years on Crackle,” he said. “We think it’s a show that attracts a lot of fans, and we want to keep it for a long time exclusively on Crackle.”

By bringing a major property like “Sherlock” to the platform, Crackle is looking to capitalize on opportunities to introduce viewers to their service and then make them perpetual users. 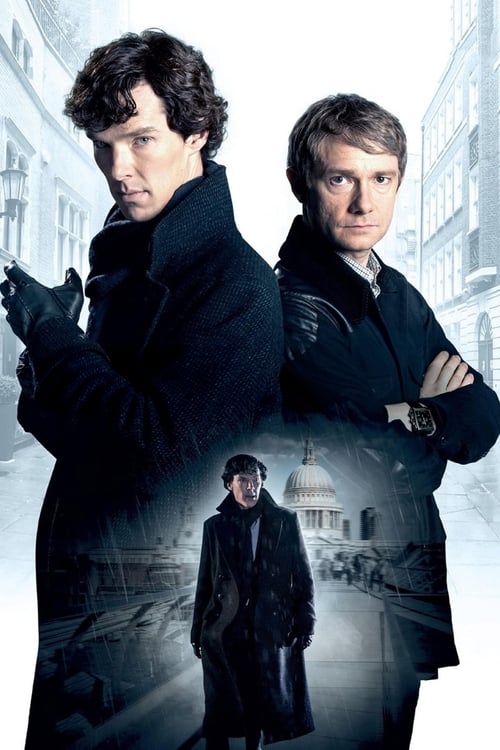 “We’re going to be the first AVOD platform with a loyalty program,” he said. “We have this joke where we say we are not charging the consumers, we actually pay them to come and watch content on Crackle. I think there’s not a single business out there that doesn’t have a loyalty program and reward their most loyal consumers. We are very excited about that, and plan to launch it later this year.”

While Guelton did not provide details as to how the loyalty program would work, considering that Crackle is a 100% free service, it would likely be built around how much or how often a consumer uses the platform translating into perks, either in-app or discounts and rewards for products from partner companies.

Whatever the plan is to reward Crackle’s most loyal users, Guelton believes that the time is ripe to make sure that the user experience on the service is as good as it can be, since how AVODs have worked has more or less remained the same for years.

“Right now, we’re also investing a lot in our product because we believe the AVOD experience has not changed significantly since Netflix came out, and we think there are real opportunities to add new functionality and types of engagement with our viewers,” he said.

Guelton added that they are also working on distribution deals and launching a free, ad-supported streaming television (FAST) channel as well. And even though Crackle’s focus remains on their traditional AVOD service, these other projects can help to serve the growth of their cornerstone product.

“We believe that full AVOD apps are a much better experience because you can watch whatever you want, whenever you want, wherever you want,” he said. “We have thousands and thousands of shows available at any moment, but adding the FAST channel dimension has been helpful for us in terms of getting the word out.”

Crackle is a free video streaming service that includes on-demand access to movies and TV Shows.

Crackle’s parent company also recently launched an eponymous streaming service designed to create and curate a female-focused slate of offerings. And while the Chicken Soup for the Soul streamer does create content based on their iconic book series, the goal to create positive, uplifting programming is still very much felt across all of the company’s brands.

Guelton sees all of Chicken Soup for the Soul’s outlets as opportunities to provide engaging creators with platforms to present their unique brands that might get overlooked by traditional linear networks.

“With cable going where it is going, we see personalities coming to us from the TV world,” he said. “There is a lot of great talent looking for new platforms to create and distribute their content, as well as content creators from the digital world, who may not be able to get a show on HGTV or Food Network, but they certainly have amazing content, and they’ve been building very strong relationships with their audience. They’re beloved by their fans, and they’d love to be able to build their ideas on a more premium platform.”

When asked for a prediction for the next year, Guelton said, “I would have to say that Chicken Soup for the Soul Entertainment is going to become a billion-dollar company, it is going to be acquired by a media group. Nobody’s talking about that right now, but who knows? It could happen.”