America is starved for superhero content. The pandemic year shoved Marvel’s cinematic slate off the calendar and “Wonder Woman 1984” only arrived in the last week of 2020. While “WandaVision” and “The Falcon and the Winter Soldier” are providing a weekly IV drip of super-antics, what the audience really wants is a big, sprawling adventure with special effects, bad guys with magical powers, and maybe a few thousand explosions.

Into the breach stepped “The Snyder Cut” of “The Justice League.” Yes, it was over four hours long. Yes, it was in a boxy 4:3 aspect ratio. Yes, it included an ending scene that forced everyone to Google its meaning. But still, it was a big something to watch. In fact, “Justice League Snyder Cut” was the most-googled phrase in the United States on March 18 with more than 2 million searches in the U.S.

And now, HBO Max is looking to capitalize on the momentum with a black-and-white version.

Of course, you could simply adjust your picture settings to get the same effect today, but we’ll give credit to HBO Max for getting the most out of this particular buffalo. (When the black-and-white version arrives, you’ll have three different versions to stream.) No word yet on the official release date.

Zack Snyder has said that his “ideal version of the movie is the black and white IMAX version” of the film. “That, to me, is the most fan-centric, most pure, most Justice League experience,” the filmmaker added.

While James Cameron drove 3D TV sales with “Avatar,” Snyder’s 4:3 black-and-white experiment would look just fine on a 1950s RCA console TV set. It’s an interesting strategy, but until the global quarantine is lifted, virtually any superhero content will fill the void. (Have you seen “Watchmen” or “The Boys” yet? See “Watchmen” and “The Boys.”)

It does seem that DC is ready to move on from the Snyder-verse. In an interview with Variety, WarnerMedia Studios CEO Ann Sarnoff said, “I appreciate that they love Zack’s work and we are very thankful for his many contributions to DC. We’re just so happy that he could bring his cut of the ‘Justice League’ to life because that wasn’t in the plan until about a year ago. With that comes the completion of his trilogy. We’re very happy we’ve done this, but we’re very excited about the plans we have for all the multi-dimensional DC characters that are being developed right now.” 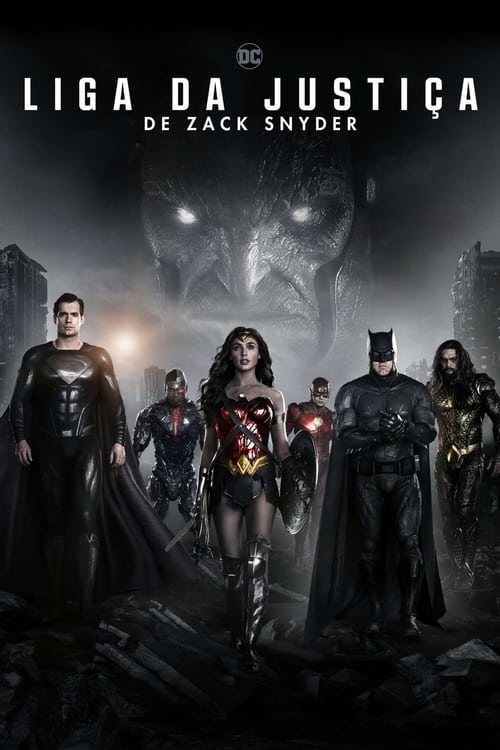