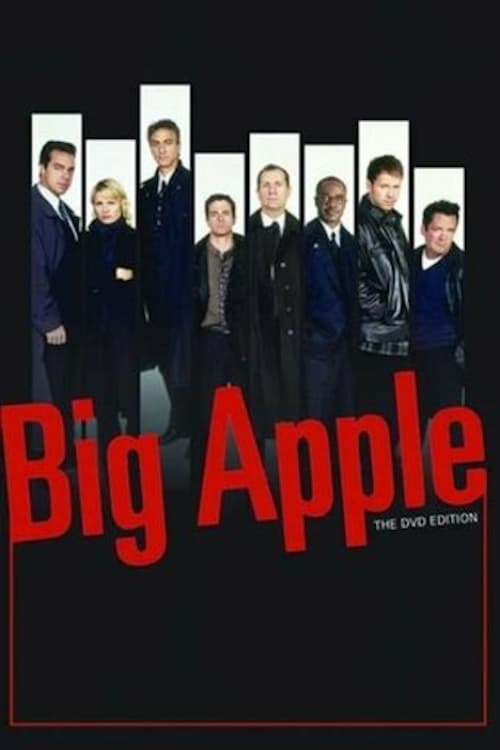 Big Apple is an American television drama series that was originally broadcast in the United States on CBS in 2001. The story centers on two New York City Police Department detectives Mooney and Trout working with the FBI to solve a murder with ties to organized crime. A subplot involves Mooney’s sister who is receiving hospice care for Lou Gehrig’s Disease.

Big Apple was originally slated to compete with NBC’s very popular medical drama series ER. Although 13 episodes were commissioned, only 8 aired before CBS canceled the show and replaced it with the newsmagazine 48 Hours in the 10pm Thursday time slot. In 2008, the series aired in syndication on Universal HD.