Dangerous Living: Coming Out in the Developing World 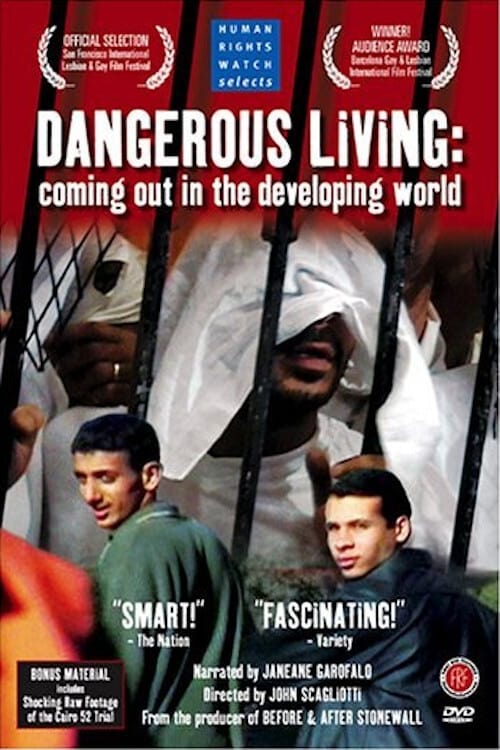 Dangerous Living: Coming Out in the Developing World (2003)

Om Dangerous Living: Coming Out in the Developing World

A feature-length documentary that explores the immense changes that occurred for gays, lesbians and transgender people living in the Global South. In the last decade of the 20th Century, a new heightened visibility began spreading throughout the developing world and the battles between families, fundamentalist religions, and governments around sexual and gender identity had begun. But in the West, few people knew about this historic social upheaval, until 52 men on Cairo’s Queen Boat discothèque were arrested for crimes of debauchery. That explosive story focused attention to the lives and trials of gay people coming out in the developing world and the film chronicles those events.