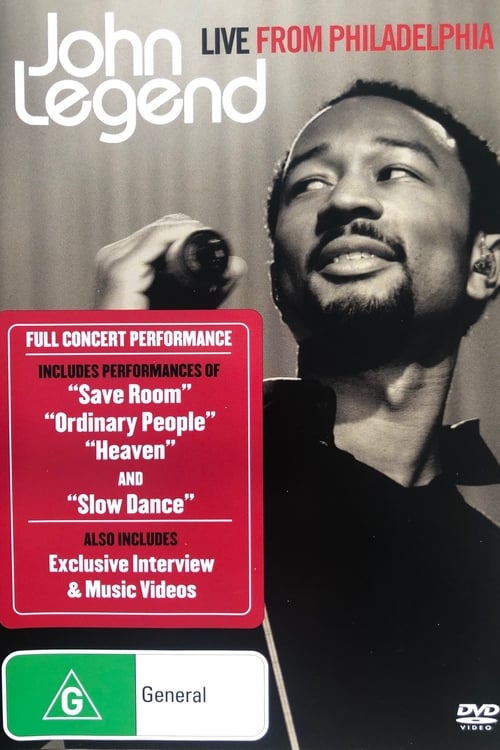 John Legend: Live from Philadelphia actually constitutes a two-disc set, with an album and a disc of concert footage culled from r&b and neo-soul demigod Legend’s Philadelphia engagements on his “Show Me” tour. The album features such tracks as “Heaven,” “Stereo,” “Alright,” and “Save Room”; the video portion features not a complete live set, but extracts of various live performances on such numbers as “Save Room,” “Slow Dance,” “Used to Love U,” and “Ordinary People.” Added bonuses include the complete videos for “Another Again” and “Show Me,” and an interview with Legend