How to Watch ‘Below Deck’ Season 9 Premiere Live For Free on Apple TV, Roku, Fire TV, and Mobile

Bravo’s Below Deck is back, but the waters might be choppy this season. For the first time in Below Deck history, Captain Lee Rosbach won’t be a part of the show. The unprecedented season 9 premiere airs Monday, October 25, and you don’t want to miss it. You can watch it with a 7- dagars gratis provversion of Hulu Live TV.

How to Watch ‘Below Deck’ Season 9 Premiere

As mentioned, the Below Deck cast will be a little bit shaken up without Captain Lee on board. Unfortunately, he is left behind on land due to a delay. Captain Sean Meagher fills Captain Lee’s shoes, catching everyone off guard with his unfamiliar management style.

This season, the cast sets sail in St. Kitts in the Caribbean. Aboard the My Seanna superyacht, Eddie Lucas has taken a new role as first officer. Chef Rachel Hargrove returns as well, and it looks like the two will be revisiting season 8’s drama to sort things out. The new chief stewardess is Heather Chase, alongside stews Jessica Albert and Fraser Olender. This season, fans will get to know brand new deckhands Jake Foulger, Rayna Lindsey, and Wes O’Dell.

If you would like to watch or re-watch seasons 1 through 8 before the season 9 premiere, you can find every episodes on Peacock. 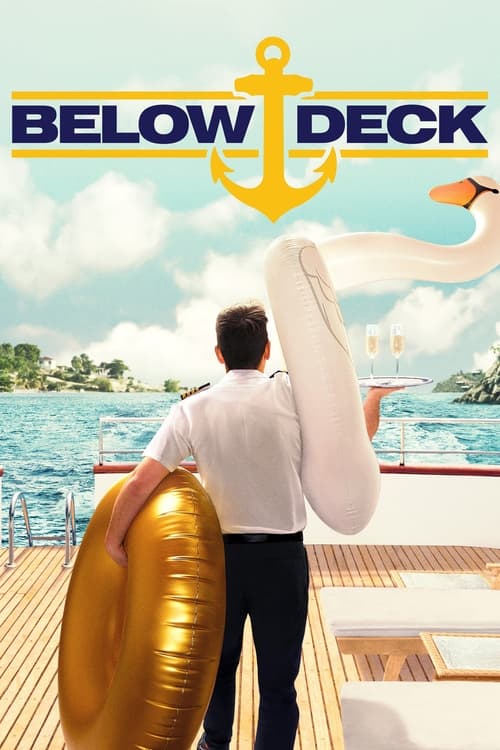 The upstairs and downstairs worlds collide when this young and single crew of “yachties” live, love and work together onboard a luxurious mega yacht while tending to the ever-changing needs of their wealthy, demanding charter guests.

How to Stream ‘Below Deck’ Season 9 Premiere for Free on Roku, Fire TV, Apple TV, iOS, and Android