How to Watch ‘The Lost City’ for Free on Roku, Apple TV, Fire TV, iOS, and Android

Incredibly charismatic movie stars in a fun, big-screen action-comedy, what more could you want? When “The Lost City” swung into movie theaters in March, it was a surprise hit for an industry still struggling to rebound from the pandemic. Now the Sandra Bullock, Channing Tatum, Brad Pitt, and Daniel Radcliffe adventure flick is coming to Paramount+ on Tuesday, May 10. You can revel in all of the old-school popcorn movie glory with a Paramount Plus.

How to Stream ‘The Lost City’

About ‘The Lost City’

It’s no secret that movie theaters have been hit incredibly hard by the pandemic. One of the only genres that has kept the industry afloat has been major tentpole superhero franchises. So it was a bit of a surprise when “The Lost City,” a throwback, romantic action-comedy based on no existing IP, hit No. 1 at the domestic box office on its opening weekend en route to grossing nearly $162.8 million as of publication. 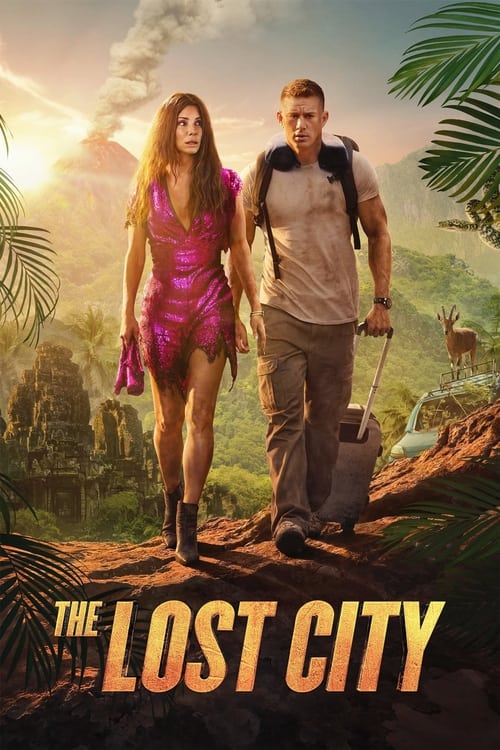 One of the major things that the film had going for it was the presence of two top-line Hollywood megastars, Sandra Bullock and Channing Tatum, as the romantic leads, as well as fellow A-listers Daniel Radcliffe — playing the villain — and Brad Pitt appearing in the film as well.

The movie follows romance novelist Loretta Sage (played by Bullock) and model Alan Caprison (Tatum), who portrays Sage’s main character on the cover of her novels. While on a book tour, Sage is kidnapped by an eccentric billionaire criminal (Radcliffe), and Caprison recruits Pitt’s CIA operative Jack Trainer to help rescue her from a remote island. And, of course, hilarity ensues.

In March, The Streamable predicted that the film would hit Paramount+ in “early-to-mid May 2002,” and the May 10 premiere date certainly falls into that range.

What Devices Can You Use to Stream ‘The Lost City’?

Watch the trailer for 'The Lost City':