How to Watch ‘The Wheel of Time’ Series Premiere Free on Apple TV, Roku, Fire TV, and Mobile

When a mysterious, powerful woman tells five young villagers that one of them is the descendant of an ancient prophecy with the power to tip the balance between Light and Dark forever, the group has to choose whether to trust this stranger or not. Watch in anticipation as “The Wheel of Time” follows in author Robert Jordan’s footsteps as the Dark One breaks out of his prison, and the last battle commences. The first three episodes of the novel adaptation will be released on November 19. You can watch it with a 30-Day Free Trial of Amazon Prime Video.

How to Watch ‘The Wheel of Time’ Series Premiere

About ‘The Wheel of Time’

“The Wheel of Time” is centered around a member of the Aes Sedai, a powerful organization of magic-wielding women. Moiraine (Rosamund Pike) travels to Two Rivers, a village, and takes five young people on a quest around the world as she tries to figure out which one is the reincarnation of the Dragon, a powerful individual prophesied to either save the world or destroy it.

Based on Robert Jordan’s popular novels, the fantasy epic will debut on Amazon Prime Video with the first three episodes. Then, new episodes will premiere weekly until Christmas Eve. The series is produced by Sony Pictures Television and Amazon Studios, with Rafe Judkins as showrunner.

According to USA Today, Judkins said, “A problem that I see in a lot of stuff that’s coming out … is it’s always chasing that [“Game of Thrones” phenomenon] Whenever you’re in the position of chasing something, you’re not likely to succeed. What I love about ‘Wheel of Time’ is that (the books) pre-existed ‘Game of Thrones,’ and it stands really well on its own two feet because of that. We can just bring this world (to life), which is really incredible.”

He adds, “When I read fantasy series, I get really hyped up by one that I’m reading and then want to keep staying in that high fantasy world…If these shows can swap audiences back and forth across the years, it can be really effective way to keep people entertained and seeing something that they might not have been familiar with otherwise.” 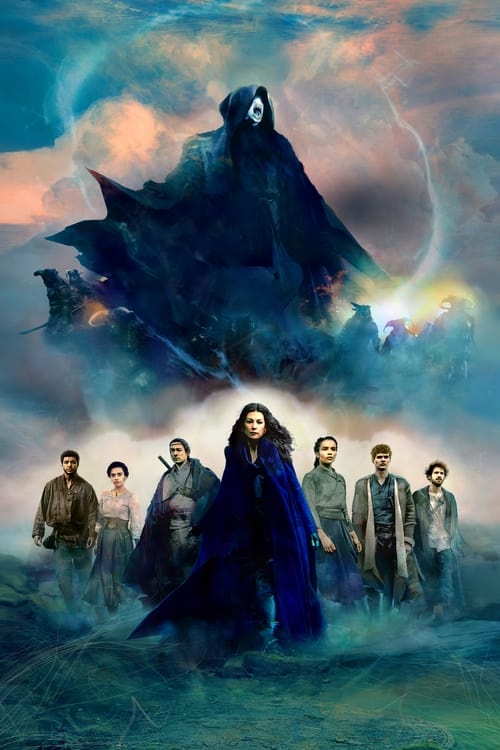