How to Watch ‘They/Them’ on Apple TV, Roku, Fire TV, and Mobile

Some sleepaway camps are worse than others in the newest horror outing from Blumhouse and Peacock, “They/Them.” A gay conversion camp — a horror-filled concept even in the best of circumstances — brings a group of teens together at Whistler Camp, where campers quickly learn that things aren’t as wholesome as the counselors what them to appear to be. Don’t forget to grab your flashlight when you tune in on Friday, Aug. 5 with a Subscription to Peacock.

How to Watch ‘They/Them’

As the current crop of LGBTQIA+ teens soon learns, Whistler Camp doesn’t follow the traditional format of a Christian gay conversion therapy camp. With a head counselor outright stating that he can’t make them straight and no Bible-thumping to be heard, it’s a wonder how group therapy sessions will have any effect. The teens discover there is more to the camp than meets the eye as they unearth the truth about Whistler’s spotty history and the danger that threatens them at every turn. 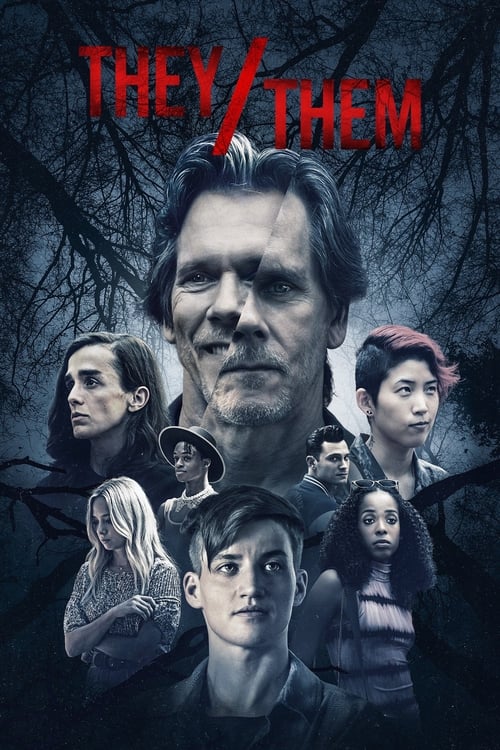 Campers at an LGBTQ+ conversion camp endure unsettling psychological techniques while the campsite is stalked by a mysterious killer.

Writer/director John Logan envisions “They/Them” as the kind of horror movie that would celebrate who he is. As an openly gay author, he felt the genre needed to flip the script. Instead of playing the victim, his cast of non-normative teens takes center stage as opposed to the common tropes of white virgin survivability and death sentences for everyone else.

In fact, much of the true horror is meant to stem from the critical gaze leveled upon the queer community by those with extremist conservative viewpoints. Logan hopes that the new Peacock exclusive will give some voice and empowerment to the marginalized, messages he wished he had heard during his own formative years.

Can You Stream [Show/Movie] for Free?

Unfortunately, Peacock does not offer a free trial at this time. New and existing subscribers can watch the film on Friday, August 5.

What Devices Can You Use to Stream ‘They/Them’ on Peacock?