NBC is giving linear television users a free sneak peek of Peacock’s exclusive original drama series “Dan Brown’s The Lost Symbol.” The pilot episode will air at 10 p.m. on Monday, November 8. This will be the first time that NBC aired an episode of a Peacock original on its traditional TV schedule.

The adaptation of Dan Brown’s (author of “The Da Vinci Code”) 2009 novel was initially developed for NBC and was to be called “Langdon” as a prequel to the “Robert Langdon” film series. However, it moved to the streaming service so it wouldn’t disrupt the “tone” for the broadcast network.

This is a positive move for NBCUniversal. Peacock has struggled to gain traction in a crowded marketplace. Comcast refused to share the service's subscriber numbers in last week’s earnings call. By using NBC to allow viewers to sample a Peacock exclusive for free, the company is wisely exposing its content to a potential new audience.

The first episode of the series premiered on Peacock on September 16. The 10-part series got semi-mediocre reviews, and according to Deadline, it performed well on the platform. In order to get more exposure for the season finale, NBC is hoping this debut will bring more traction to a wider audience.

According to Wiki and Indie Wire, the series received a 55% approval rating with an average of 6.6. out of 10 on Rotten Tomatoes. A critic writes, “If only the show’s flat writing and strange pace didn’t undermine all that potential.” Ouch.

Metacritic gives “The Lost Symbol” a score of 53 out of 100, and a review from Indie Wire states, “’The Lost Symbol’ feels like something you’d watch on Saturday morning cable when the remote is lost…”

However, this doesn’t exactly reflect the entire audience, as the drama, adventure, mystery thriller is more catered to fans of “The Librarians,” “Forbidden History,” and “Sherlock.”

This isn’t the first time a network has done this before. For instance, the new HBO Max “Gossip Girl” reboot series aired on The CW for over-the-air viewers. Not only does this type of access give shows more views, it also gives consumers the chance to view something for free before they make the “cord-cutter” jump and subscribe to a streaming service.

It’s just a matter of time before networks use linear to their advantage in order to gain paid subscribers, rising in ranks in this new competitive world of streaming.

About ‘Dan Brown’s The Lost Symbol’

The show is set multiple years before the events of “The Da Vinci Code.” Robert Langdon, played by Ashley Zukerman, is a young Harvard symbologist who is hired by the CIA to solve deadly puzzles and find his mentor who was kidnapped. The series also stars Valorie Curry, Sumalee Montano, Rick Gonzalez, Eddie Izzard, and Beau Knapp. 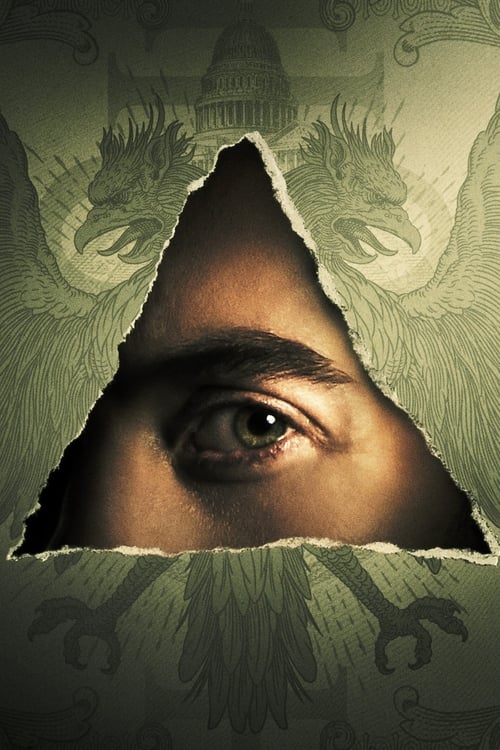 How Much Does Peacock Cost?

Peacock Premium is available for $4.99 with ads or $9.99 without ads. Peacock has a free tier as well, but you can’t access every episode of Peacock Original shows. Peacock doesn’t offer a free trial.

If you are an Xfinity X1, Xfinity Flex, or Cox Contour customer — you will get a $5 discount on either plan — meaning you can get Peacock Premium at no extra charge.