Something to Stream Every Day this Week: ‘The Resort,’ ‘Paper Girls’ Premieres; Summerslam; Lucasfilm’s ‘Light & Magic’

In a world where there is an insurmountable amount of content to watch and an ever-increasing number of streaming services to watch it on, sometimes you need something (or someone) to just tell you what to watch on a given day. So while you certainly don’t have to take all of my recommendations, I’ve selected one thing every day this week that promises to be a worthwhile streaming option. So here are my picks for what to stream every day of the week from Monday, July 18 through Sunday, July 24, 2022.

I am a sucker for two distinct types of shows on discovery+: Cooking and baking competition series and anything happening on a beach. So, the Food Network’s “Beachside Brawl” is my idea of perfect. In the series, chef Antonia Lofaso challenges the foremost cooks from both coasts in the ultimate battle to determine which side of the country does summer food best.

Chefs Tiffani Faison and Brooke Williamson mento the east and west coast squads respectively as teams of four cooks work alongside their mentors to prove that their coast does it best. One team member will be crowned the Best of the Beach and win a dream beach getaway worth up to $25,000. I can’t cook, but for prizes like that, I’d be willing to give it a try!

The WNBA continues to innovate as the league will cap off its second annual in-season competition on Tuesday night. The Chicago Sky will host the Las Vegas Aces in the 2022 Commissioner’s Cup Championship streaming exclusively on Prime Video.

Throughout the season, every team in the league plays 10 games to accumulate Commissioner’s Cup points with the highest scoring team from the Eastern Conference taking on the best from the Western Conference with a prize pool of $500,000 on the line.

In addition to the money that the players will split, there is also $165,000 on the line for charitable and civic organizations. The Sky are playing for My Block while the Aces are playing for the ACLU of Nevada. 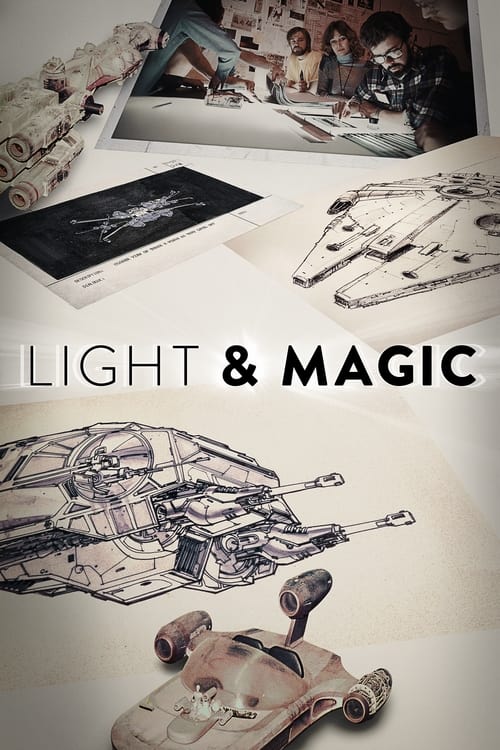 Granted unparalleled access, Academy Award®-nominated filmmaker Lawrence Kasdan takes viewers on an adventure behind the curtains of Industrial Light & Magic, the special visual effects, animation and virtual production division of Lucasfilm. Learn what inspired some of the most legendary filmmakers in Hollywood history, and follow their stories from their earliest personal films to bringing George Lucas’ vision to life.

All six episodes of the series drop on Wednesday and tell the stories of the pioneers of modern filmmaking as they helped to bring George Lucas’ vision to life. These filmmakers would then go on to inspire the entire industry of visual effects and their impact can see seen across genres and generations.

I’m not going to lie, Peacock had me at Cristin Milioti and then hooked me with William Jackson Harper, but when you throw in Nick Offerman, Debby Ryan, IRL married couple Becky Ann and Dylan Baker, and more, there was no way that I wasn’t going to be all-in on “The Resort.”

The first three episodes of this dark comedy mystery series debut on Thursday and promises to be one of the most exciting things to hit the NBCU platform yet.

Milioti and Harper play Noah and Emma who are vacationing in the Mayan Riviera for their 10th anniversary. Noah has been content with life, whereas Emma feels like their marriage isn’t advancing. They are then pulled into an unsolved mystery of two missing persons from fifteen years ago, which tests the resolve of their marriage.

We’ve had a lot of good comedic mysteries on streaming services lately from Apple TV+’s “The Afterparty” to the same streamer’s “Slow Horses,” this is a great time for folks who like there thrills with a side of macbre humor.

Comic book adaptations aren’t just major superhero tentpole fare, there is a completely other side of comics and graphic novels that can turn out incredible TV and movie content, and I think Prime Video’s adaptation of “Paper Girls” might just be the next series to do that.

Based on the 2015 comic series by creators Brian K. Vaughan, Cliff Chiang, and Matt Wilson, the story follows four young girls who get caught up in a battle between time-traveling factions that takes them from Halloween 1988 into the past and the future. 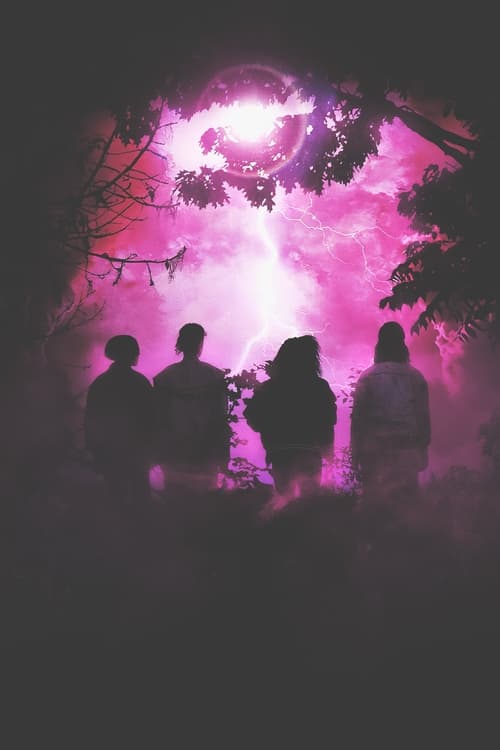 Throughout the series, the girls meet future versions of themselves and they have to decide what that means for who they are and who they want to be. The show stars Sofia Rosinsky, Camryn Jones, Riley Lai Nelet, Fina Strazza, Ali Wong, Nate Corddry, and more.

Saturday’s Summerslam will be the first major show for the WWE following the announcement that founder Vince McMahon is retiring as CEO following the revelation that he paid millions of dollars in company money to keep affairs with employees secret. 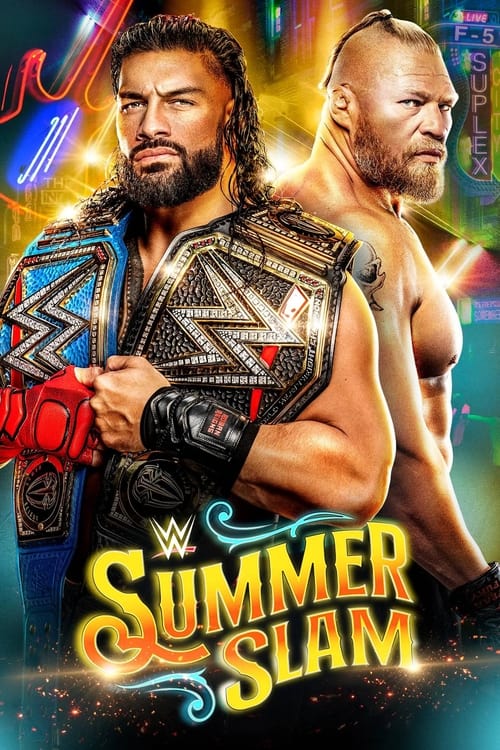 The 2022 SummerSlam was the 35th annual SummerSlam professional wrestling event produced by WWE. It was held for wrestlers from the promotion’s Raw and SmackDown brand divisions. The event aired on pay-per-view (PPV) worldwide and was available to livestream through Peacock in the United States and the WWE Network internationally. SummerSlam took place on Saturday, July 30, 2022, at Nissan Stadium in Nashville, Tennessee, and it was the first SummerSlam to not be held during the month of August. This was also the first WWE PPV event following the retirement of WWE owner Vince McMahon, who had served as Chairman and Chief Executive Officer of the company since 1982.

While it’s unlikely to have an immediate impact on the booking of this weekend’s event, there could be opportunities to see what the future of the promotion holds under the new generation of leadership. Currently, the WWE is dealing with a rash of injuries to many of its top superstars, so Saturday’s event on Peacock will be an opportunity for some of the company’s young talent to shine.

Brock Lesner and Roman Reigns will headline the event as they fight for the Undisputed WWE Universal Championship belt. Also on the card will be social media star turned boxer turned wrestler Logan Paul taking on reality show contestant turned wrestler The Miz; as well as Bianca Belair vs. Becky Lynch for the Raw Women’s title, The Street Profits vs. The Usos for the Undisputed WWE Tag Team Championship, Bobby Lashley vs. Vince McMahon’s protege Theory for the United States Championship, the SmackDown Women’s Championship bout between Liv Morgan and Ronda Rousey, and more.

The third season sees Bacon’s Jackie Rohr running security for a wealthy family after unceremoniously leaving the FBI. The lavish, cushy job is going well until secrets start to come to light. 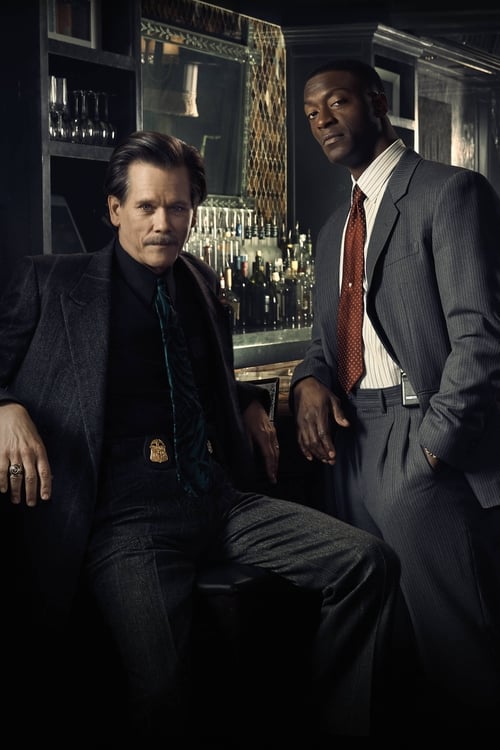 City on a Hill

Hodge’s ADA Decourcy Ward sees an opportunity to finally rip out the machinery perpetuating a broken criminal justice system and lawyer Siobhan Quays (played by Banks) — while representing a construction worker who was severely injured on the Big Dig — encounters the city’s corruption first-hand, all while coping with the traumatic events of her past year.