When Will ‘Top Gun: Maverick’ Stream on Paramount+? Not Any Time Soon if Tom Cruise Has His Way

“I feel the need — the need for speed!” Unfortunately, it doesn’t seem that Paramount and Tom Cruise feel the same way in terms of bringing their upcoming summer blockbuster “Top Gun: Maverick” to streaming service Paramount+.

After multiple pandemic-related postponements, the long-awaited “Top Gun” sequel is finally being released nationwide on May 27, but while more and more studios have been moving to have their big-budget films transition to streaming as quickly as possible, the studio and star behind “Top Gun: Maverick” are opting for a different route.

Paramount CEO Bob Bakish has long touted his company’s corporate synergy as a way to entice subscribers to sign up for the streaming service — and movies have been a part of that pitch from the beginning.

Bakish has announced that some Paramount films will have day-and-date releases on streaming — meaning that they would open in movie theaters and on Paramount+ on the same day — while others would appear on the streamer within 45 days.

A big-time blockbuster like “Top Gun: Maverick” would likely never be a candidate for a day-and-date release at this point, so in Bakish’s ideal situation, the movie would hit the streamer 45 days after release, so roughly around July 11.

Since that is a Monday this year, it wouldn’t be surprising if Paramount either tried to move that up to have “Maverick” available to stream on July 1, in order to capitalize on the Fourth of July holiday weekend, or push it back to perhaps July 15 or 22 to avoid competing with a traditionally massive box office weekend around Independence Day.

Either way, it doesn’t appear that Paramount will have to make that decision as streaming subscribers are likely to have to wait quite a bit longer to watch Maverick and his pilot buddies test the limits of G-Force impact on the human body from the comforts of their own couches.

In a recent article at Puck News, Matthew Belloni reported that Cruise was insisting on a far more old-school approach to windowing for the film.

“If you’re Tom Cruise, you can demand your movie adhere to a full 120-day theatrical window, which seems downright ancient these days,” Belloni wrote. “That’s what happened on Top Gun: Maverick, I’m told. Paramount wouldn’t confirm the six months (editor’s note: 120 days is actually four months, but we won’t begrudge Belloni a math mistake) of exclusivity, so the term could still change (and pay per view will play a role).”

So, if Cruise gets his way and there are 120 days between the film’s release in theaters and it landing on Paramount+, fans of high-octane aerial stunts won’t be able to reach Mach 5 at home until Sept. 24. However, since that is a Saturday, perhaps Paramount can coax Cruise into letting them stream the movie a day early and release it on Friday, Sept. 23.

Belloni also notes that while this move would increase the ability for “Top Gun: Maverick” to expand its box office bottom line, it in turn would hamper Paramount’s ability to use the film as a way to get subscribers onto their service, leading to recurring monthly fees.

Obviously when a movie is built around an iconic, bankable star — especially one who is also an executive producer on the film — studios have to give a little bit in negotiations, but waiting four months to release this long-awaited sequel is certainly not ideal in terms of building momentum and excitement for Paramount+. 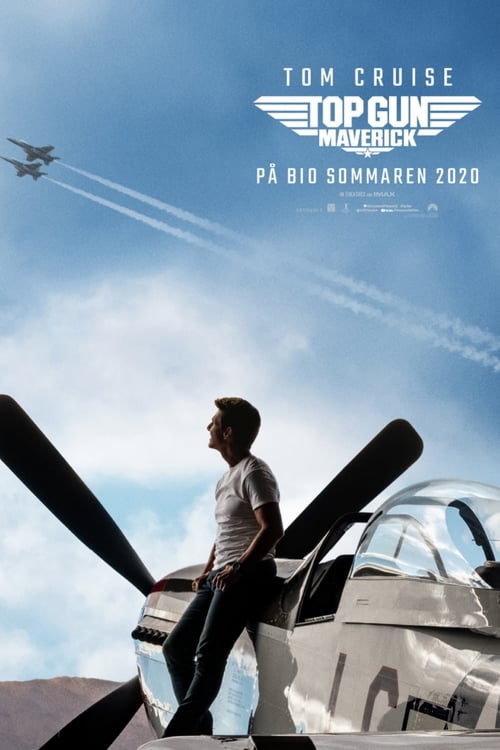 Thirty-six years after the original “Top Gun” film left a chemtrail across the movie industry, the oft-delayed sequel is finally coming to screens on May 27. Cruise reprises his high-flying, karaoke-singing role of Pete “Maverick” Mitchell.

After 30+ years of refusing career advancement opportunities that would take him out of the cockpit, Maverick is put in charge of training Top Gun pilots for a special mission under the direction of former rival-turned-friend Admiral Tom “Iceman” Kazansky, again played by Val Kilmer.

For a Limited Time, Get 1-Month of Paramount+ With Code: GLORY.