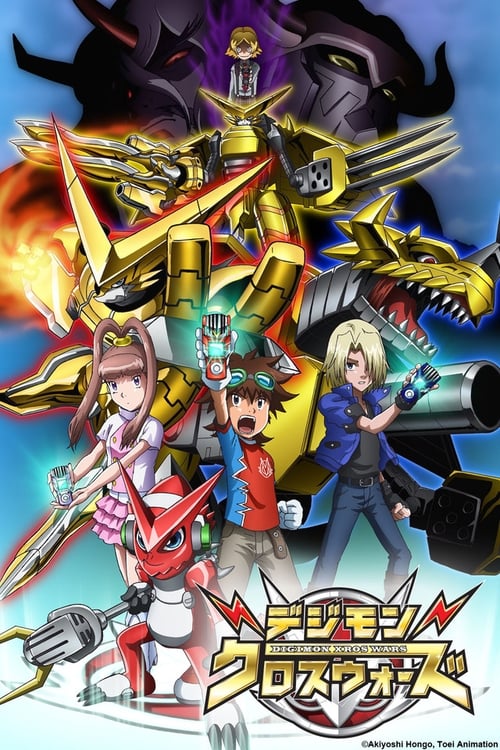 Digimon Fusion, known in Japan as Digimon Xros Wars and in Malaysia as Digimon Fusion Battles, is the sixth anime children television series in the Digimon franchise by Akiyoshi Hongō, produced by Toei Animation. It follows a boy named Taiki Kudō who utilizes the power of joining together Digimon in order to save the Digital World. The series’ was broadcast on TV Asahi and Asahi Broadcasting Corporation between July 6, 2010 and March 25, 2012, divided into three seasons, titled Xros Wars, The Evil Death Generals and the Seven Kingdoms and The Young Hunters Who Leapt Through Time respectively.

The series has been licensed outside of Asia by Saban Brands and is internationally by MarVista Entertainment. An English-language version, produced by Saban, began airing in North America on Nickelodeon from September 7, 2013 and will later air on The CW’s Vortexx programming block. An alternate English-language version began airing on Disney XD in Malaysia from December 8, 2012.