How to Watch ‘Kevin Can F**K Himself’ Season 2 Premiere for Free on Apple TV, Roku, Fire TV, and Mobile

What may look like the perfect sitcom life is actually rotten just beneath the surface. Faced with a man-child for a husband, suburban wife Allison decides the best way to handle the situation is murder in the AMC crime-thriller “Kevin Can F!*% Himself.” As everything comes crashing down in the show’s second and final season, she decides to take the most drastic move yet. Turn down the laugh track and tune in on Monday, Aug. 22 at 9 p.m. ET with a Subscription to Sling TV (50% OFF).

About ‘Kevin Can F**K Himself’

Allison (Annie Murphy, “Schitt's Creek”) has a life that could be compared to a sitcom… because it is! With an oblivious husband Kevin, quirky best friend Patty and interesting special guests, she hides the truth under a veneer of TV banality.

She’s really going out of her mind, and when Kevin blows their life savings in a traditional made-for-TV plot moment, Allison has enough. The camera’s viewpoint shift, and the bizarre sitcom gives way to gritty crime-drama stylings. Allison is going to kill her husband. 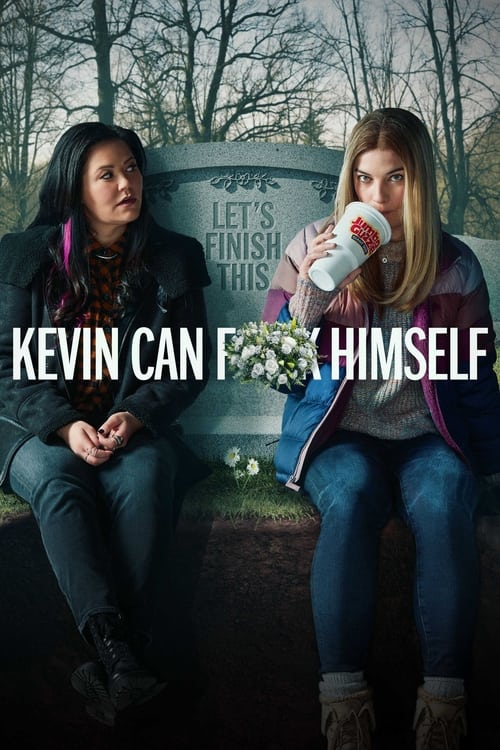 KEVIN CAN F**K HIMSELF

Explore the secret life of a woman we all grew up watching: the sitcom wife. The series looks to break television convention and ask what the world looks like through her eyes. Alternating between single-camera realism and multi-camera zaniness, the formats will inform one another as we imagine what happens when the sitcom wife escapes her confines, and takes the lead in her own life.

Of course, she fails miserably, again and again until caught by Kevin’s friend and Patty’s brother Neil. Season 2 has Allison and Patty dealing with the latest wrinkle in their killer-gone-wrong storyline while detective Tammy Ridgeway closes in on the case. And through it all, Kevin remains overly ignorant of everything that’s going on around him. With the walls closing in, she feels like there’s only one option left. Allison is going to “kill” herself instead!

The second season release schedule is as follows:

How to Stream the ‘Kevin Can F**K Himself’ Season 2 Premiere on Apple TV, Roku, Fire TV, Android and iOS

There are six major streaming providers that offer Live TV Streaming. Five of these providers allow you to watch “Kevin Can F**K Himself” using iOS, Android, Roku, Apple TV, Fire TV, Chromecast, and Web. You can stream it with Sling TV, DIRECTV STREAM, fuboTV, Philo and YouTube TV.

Watch the 'Kevin Can F**K Himself' Official Season 2 Trailer