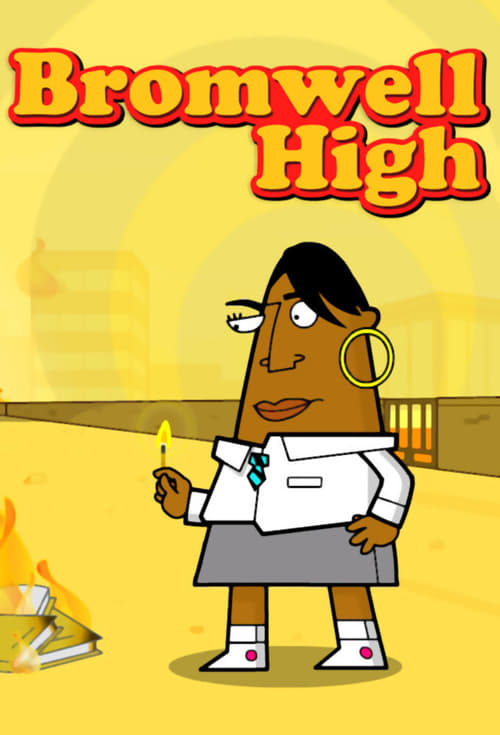 How to Stream Bromwell High Online

Bromwell High is an animated series about a British high school in South London. It first aired on Teletoon in Canada and Channel 4 in the United Kingdom. It is a co-production between Hat Trick Productions in the UK and DHX Media in Canada. According to the website Toonhound, it was originally to be entitled Streatham Hill, but was renamed Bromwell High in January 2005. Streatham Hill is a real London suburb, while Bromwell is fictional.

Subsequent international purchases have seen the show screened in the United States on BBC America, on The Box in the Netherlands, dubbed to Spanish and Portuguese on Cartoon Network’s Adult Swim in Latin America, on the ABC in Australia, on TVNZ’s TV2 in New Zealand, and also dubbed in French for the Canadian Télétoon network.

It stars three trouble-making girls, Keisha, Latrina, and Natella as they wreak havoc on their impoverished school and its teachers.

The show was designed by David Whittle, who is also responsible for illustrating the popjustice icons series of books.

The show represents a caricatured view of contemporary British society. For example, the majority of students at Bromwell High School are immigrant children from the Caribbean and Asia, and some of the male teachers are aging ‘chavs’. Many of the characters on the show speak a very poor form of English, including the headmaster, Iqbal. Most of the teachers have an affinity for biscuits.