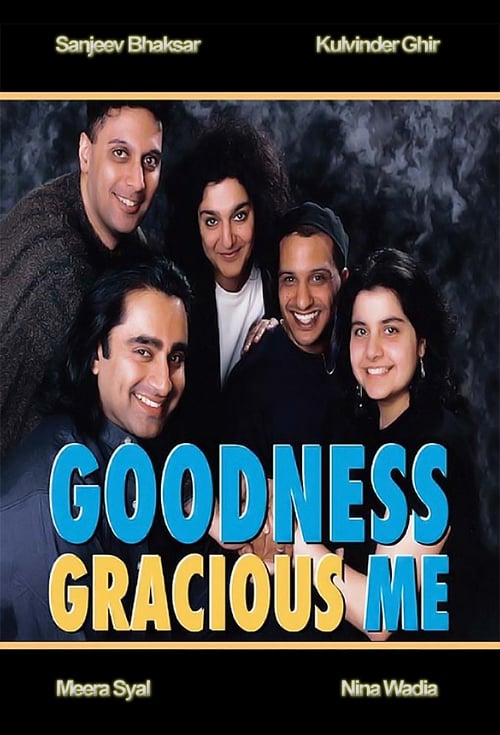 How to Stream Goodness Gracious Me Online

About Goodness Gracious Me

Goodness Gracious Me is a BBC English language sketch comedy show originally aired on BBC Radio 4 from 1996 to 1998 and later televised on BBC Two from 1998 to 2001. The ensemble cast were four British Indian actors, Sanjeev Bhaskar, Kulvinder Ghir, Meera Syal and Nina Wadia. The show explored the conflict and integration between traditional Indian culture and modern British life. Some sketches reversed the roles to view the British from an Indian perspective, and others poked fun at Indian stereotypes. In the television series most of the white characters were played by Dave Lamb and Fiona Allen; in the radio series those parts were played by the cast themselves.

The show’s title and theme tune is a bhangra rearrangement of a hit comedy song of the same name. The original was performed by Peter Sellers and Sophia Loren reprising their characters from the 1960 film The Millionairess. The show’s original working title was “Peter Sellers is Dead”, but was changed because the cast generally liked Peter Sellers. In her 1996 novel Anita and Me, Syal had referred to British parodies of Asian speech as “a goodness-gracious-me accent”.

One of the more famous sketches featured the cast “going out for an English” after a few lassis. They mispronounce the waiter’s name, order the blandest thing on the menu and ask for twenty-four plates of chips. The sketch parodies often-drunk English people “going out for an Indian”, ordering chicken phall and too many papadums. This sketch was voted the 6th Greatest Comedy Sketch on a Channel 4 list show.