Public Affairs Office in the Sky 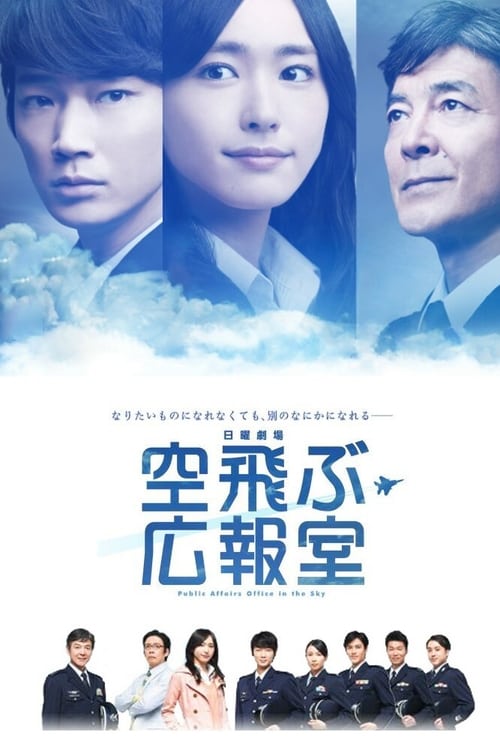 How to Stream Public Affairs Office in the Sky Online

About Public Affairs Office in the Sky

Rika Inaba is a beautiful and strong-headed director at the Teito Television Broadcasting Company. Ever since she was young, she had dreamed of becoming the best news reporter in the business, but on into her fifth year with the TV station, she finds to her dismay she’s been transferred to a lighter fare, information program where she is assigned to report on the Japan Air Self-Defense Force. Meanwhile, Daisuke Sorai had just reached his long-sought goal of becoming an aerobatics pilot only to injure his leg, crushing his chances at ever becoming a member of the elite Blue Impulse flying team. He gets assigned to the force’s public relations desk and subsequently finds himself attached to Rika in the role of attendant. Sorai and Rika differ on just about everything; their views, their mindset. But they share one thing: their childhood dreams have been shattered and they’ve hit a wall in life. From there, a mutual understanding begins to germinate, drawing them toward each other and toward the discovery of a new dream.