The Adventures of T-Rex 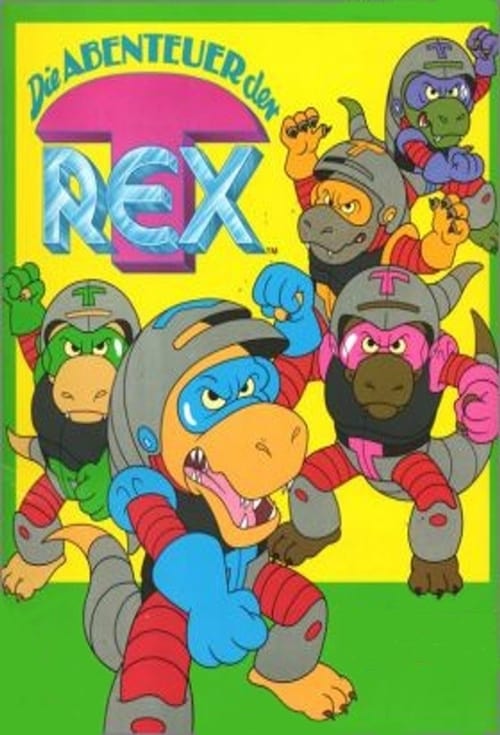 How to Stream The Adventures of T-Rex Online

About The Adventures of T-Rex

The Adventures of T-Rex is an animated series that aired in syndication from 1992 to 1993 in North America. The show features five musical Tyrannosaurus brothers who played to sold-out crowds as a vaudeville group for the Dragon company owned by the beautiful and wealthy Myrna while also secretly fighting crime as “T-REX,” masterminded by Professor Edison. The show, an American/Japanese coproduction between DIC and well-known anime producer Kitty Film lasted only one season.

Set in a world of anthropomophic dinosaurs, brothers Bernie, Bruno, Bubba, Buck and Bugsy were born with special powers to help fight crime. Each brother’s special power was related to a specific part of their anatomy; Bernie’s legs, Bruno’s arms, Bubba’s tail, Buck’s mouth and teeth, and Bugsy’s telekinetic eyes. The group rode out on their Rexmobile to battle “Big Boss” Graves, crime kingpin of Rep City, and his evil organization, The Corporation. Kid sister Ginger was part of the singing group, but didn’t know about her brothers’ secret identities.