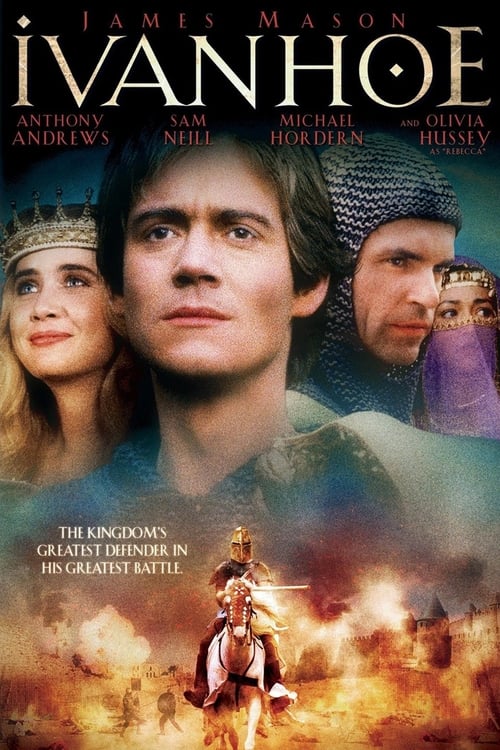 Ivanhoe is a 1982 television film adaptation of Sir Walter Scott’s novel of the same name. The film was directed by Douglas Camfield, with a screenplay written by John Gay. The film depicts the noble knight Ivanhoe returning home from The Holy Wars and finds himself being involved in a power-struggle for the throne of England.

The score by Allyn Ferguson was nominated for an Emmy Award in 1982. The film premiered on CBS on February 23, 1982. Since its premiere in 1982, Ivanhoe has been shown on Swedish television annually on New Year’s Eve or New Year’s Day.

De Bois-Gilbert is treated more ambiguously than in most versions of the story. He develops some genuine affection for Rebecca towards the end, and although he could easily have won the fight against the wounded and weakened Ivanhoe, de Bois-Gilbert lowers his sword and allows himself to be killed, thus saving Rebecca’s life.

The film featured Julian Glover reprising his role as Richard I from the 1965 Doctor Who serial, The Crusade.