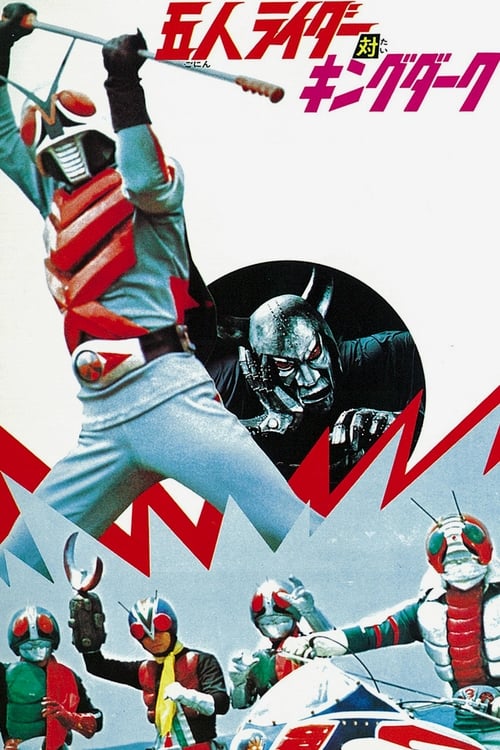 About Five Riders vs. King Dark

During a motocross practice, Keisuke Jin is ambushed by two Myth Cyborgs created by a secret organization that’s attempting to control Japan, G.O.D. (Government of Darkness). He transforms into Kamen Rider X, but little does he know that his battle is recorded and analyzed by King Dark, G.O.D.’s commander, to create a super cyborg. Other G.O.D. cyborgs are attacking all over Tokyo and in the middle of the crisis, the original four Riders return to Japan from different countries around the world. The five Riders unite to lead a counter attack against G.O.D.

Where can you watch Five Riders vs. King Dark online?