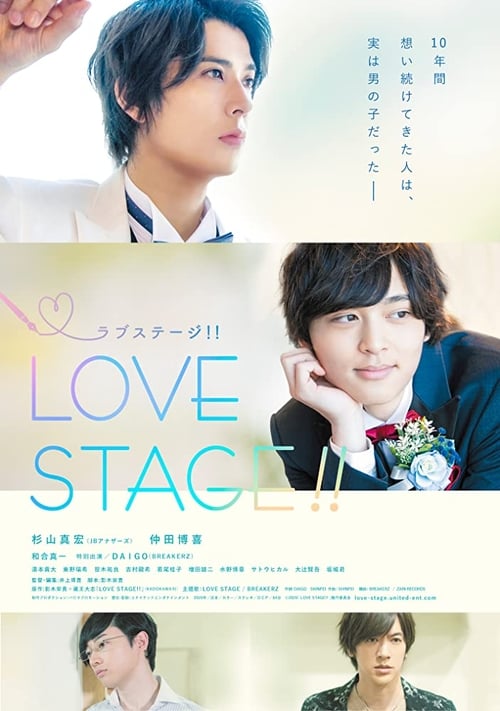 With a mother and father that are actors, and a rockstar brother, anyone would expect Sena Izumi to eventually enter showbiz himself. However, aside from a commercial for a wedding magazine when he was a child, Izumi has never been in the spotlight; instead, he aims to become a manga artist. But a decade after the shoot, the magazine calls for a 10th anniversary ad, requesting the original child actors for the project. This reunites Izumi with Ryouma Ichijou, now a popular actor who, much to Izumi’s shock, has been in love with him ever since their first meeting! However, due to Izumi’s feminine appearance, and unisex name, Ryouma believed the boy to be a girl and continues to do so to this day. Izumi’s troubles are only just beginning. Based on the hit comedy romance manga Love Stage!! It began serialization in the July 2010. Seven tankōbon volumes was published from May 27, 2011 to November 1, 2016. An anime television series adaptation produced by J.C.Staff aired in 2014.

Where can you watch Love Stage!! online?