How to Watch ‘Cruella’ Without Going to Theaters on Apple TV, Roku, Fire TV, and Mobile

Cruella de Vil is back, and this time, she’s played by Emma Stone. “Cruella,” the prequel to Disney classic “101 Dalmatians,” hits theaters and Disney+ on Friday, May 28. You can watch it with Disney+ Premier Access for $29.99. As COVID-19 improves and theaters open up again, Disney is giving consumers a choice between going to movie theaters or enjoying the film from the comfort of your home.

How to Stream ‘Cruella’ on Disney+

“Cruella” gives viewers a glimpse into Cruella de Vil’s life before she became the villain we know her as today. Prior to her villainous lifestyle, Estella de Vil is a fashion designer in the making. Her hopes of becoming well-known were dashed when she was noticed by Baroness von Hellman (Emma Thompson), a successful designer. From there, Estella transforms into the wicked Cruella.

Stone said that she had fun playing this role. She also gave ET some insight into the setting of the film, saying, “The story is wholly original in a different time period, being in the late ’70s. One of the most fun things to explore is her creativity. She is very good at what she does, designing.”

Disney+ is available to stream for £6 / month, or £60 / year (£5 / month). When you subscribe, you have the option to watch ‘Cruella’ at home instead of going to the movie theater.

How Much Does It Cost to Stream ‘Cruella’ on Disney+?

“Cruella” is a Premier Access release, so you will be required to pay a one-time fee of $29.99. After paying for Premier Access, you can watch it as many times as you would like to. Alternately, you can wait until August 27 to stream the film with a standard Disney+ subscription.

On What Devices Can I Stream ‘Cruella’? 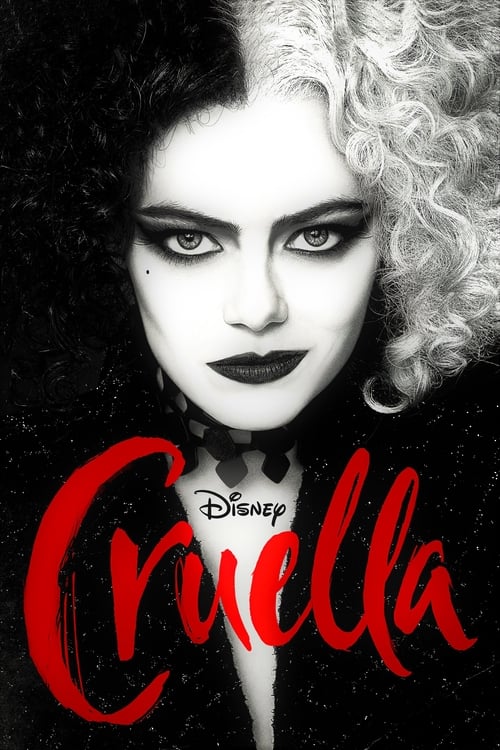 In 1970s London amidst the punk rock revolution, a young grifter named Estella is determined to make a name for herself with her designs. She befriends a pair of young thieves who appreciate her appetite for mischief, and together they are able to build a life for themselves on the London streets. One day, Estella’s flair for fashion catches the eye of the Baroness von Hellman, a fashion legend who is devastatingly chic and terrifyingly haute. But their relationship sets in motion a course of events and revelations that will cause Estella to embrace her wicked side and become the raucous, fashionable and revenge-bent Cruella.