‘Free Guy’ is Hitting Disney+ in Australia and New Zealand in September – Will You Be Able To Stream It Here In The U.S.?

After its theatrical debut in August, Free Guy is set to make its first appearance on a streaming service. Free Guy stars Ryan Reynolds, who plays the role of a background character in an open-world video game. He takes on the challenge of saving his world before it’s too late.

If you live Down Under, you’re in luck. Disney has announced that Free Guy will be available to stream on Disney+ in Australia and New Zealand beginning September 29.

If you’re in the U.S. and want to stream Free Guy, however, you will have to wait until it makes its debut on HBO Max. Because HBO has the first window on 20th Century Fox and 20th Century Studios films, any titles released through 2022 will go to HBO or HBO Max after their theatrical run.

There hasn’t been an announcement about when Free Guy will be available to stream in the U.S.

CNET notes that due to streaming rights contracts, Free Guy may not be available to stream on HBO Max for six to nine months. Though Disney owns two streaming services of its own, Disney+ and Hulu, the title goes to HBO or HBO Max first because of its initial release through 20th Century Studios. 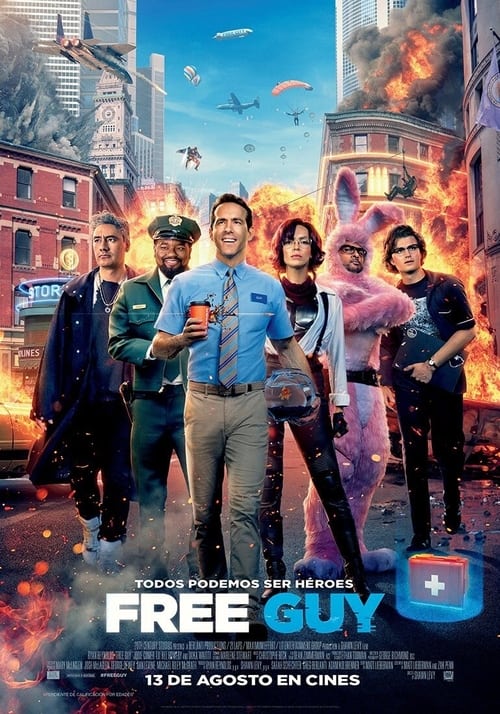 The licensing rights for Free Guy remain complex because both Disney and 20th Century Studios are involved. Disney released Free Guy under a 45-day exclusive theatrical run, beginning on August 13. Because of this, along with the 20th Century Studios agreement, Free Guy was excluded from release as a Disney+ Premier Access title, which would have allowed Disney+ subscribers to stream the release at home for an extra fee while it still played in theaters.