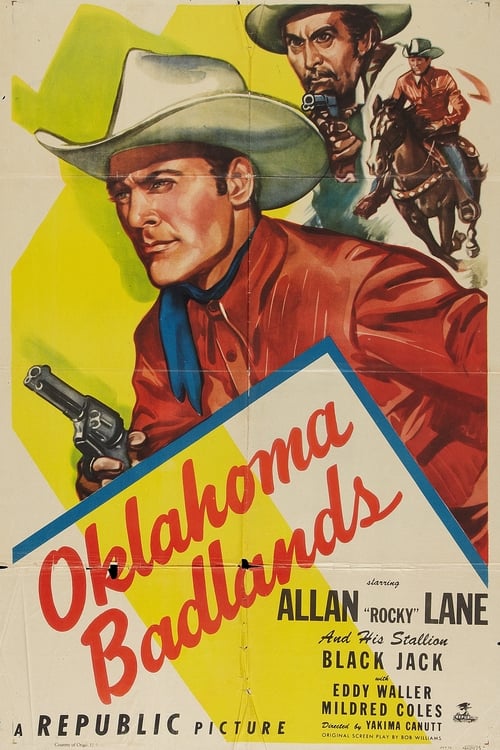 Oklahoma Badlands is a western film directed by Yakima Canutt in 1948. Oliver Budge is after the Rawlins ranch. His henchman Sanders kills Ken Rawlins but when he tries to kill Leslie Rawlins, Rocky Lane breaks it up. But Leslie is a woman and knowing the bad guys are looking for a man, Rocky now poses as Leslie, an Eastern dude, and goes after the man that killed his friend.