‘Schitt’s Creek’ to Move from Netflix to Hulu this Fall

Looks like the Rose family is on the move again. After previously being available on CW Seed, IMDb TV (now known as Freevee), and currently Netflix, Emmy-winning comedy “Schitt’s Creek” is moving to Hulu in the United States this fall.

Beginning on Oct. 3, Hulu will become the exclusive subscription video-on-demand home for all of Roses’ antics. Debuting in 2015 on Canadian network CBC, Pop TV joined the production after two seasons. Throughout its run, “Schitt’s Creek” continued to grow an audience who fell in love with the quirky and privileged — yet ultimately sweet and loving — characters.

“Based on the number of ‘Schitt’s Creek’ GIFs we Slack every day, it’s no surprise that we are absolutely thrilled to welcome Johnny, Moira, Alexis, ‘Daviiid’ and the wonderfully unique residents of Schitt’s Creek to Hulu,” said Joe Earley, President of Hulu. “We can’t wait to share the award-winning, blisteringly-funny, yet heartwarming series and characters with our subscribers. We know they’ll fit in nicely.” 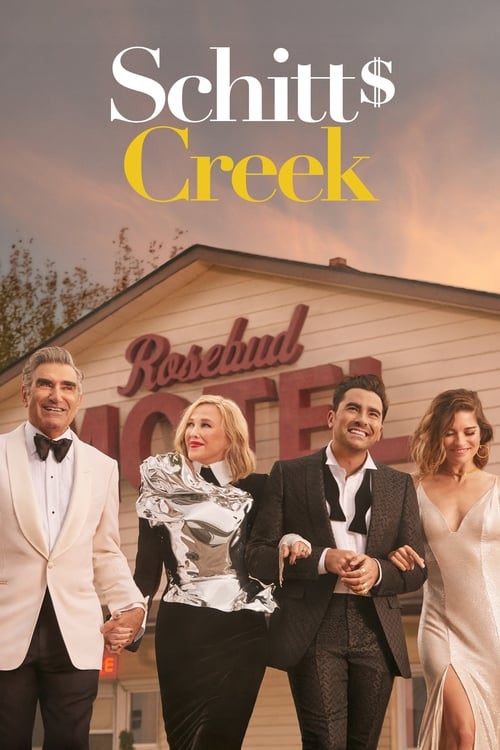 The show centers on a wealthy video store magnate who goes broke and is forced to move to a backwoods town that he once bought as a joke. Johnny Rose (played by Eugene Levy), his former soap-star wife Moira (Catherine O’Hara), and their two adult children David (Eugene’s real-life son Daniel Levy) and career socialite Alexis (Annie Murphy) are forced to live out of a motel as they struggle to find jobs and relationships and, most importantly, what it means to be a family.

Prior to ending its run in 2020, “Schitt’s Creek” scored dozens of awards and nominations including making history by sweeping all of the Primetime Emmy’s comedy categories in 2020, giving the series the most wins in a single season for a comedy.

Hulu will pair the Canadian import with other popular comedies including ABC’s breakout hits “Abbott Elementary” and “Home Economics,” Freeform’s “Single Drunk Female,” FX’s “Dave,” and Hulu Originals “Only Murders in the Building,” “Life and Beth,” “How I Met Your Father,” and more.