Why Do Originals Leave Streaming Services? How is ‘Hemlock Grove’ Different than HBO Max Removals?

It’s not every day that a Netflix original series is removed from the service, but it sounds like that’s about to happen to a show that was one of the first to arrive after the streamer launched its originals nearly a decade ago.

“Hemlock Grove,” the horror series from filmmaker Eli Roth and Brian McGreevy that debuted on Netflix in 2013 is set to leave the service on Oct. 22. But if the series, which ran for three seasons, is a Nextflix Original, why is it leaving the service?

Despite the “Netflix Original: moniker, “Hemlock Grove” was actually produced by an outside studio, Gaumont International Television. According to What's On Netflix, the streaming service had an agreement with Gaumont to stream the series for a certain period of time, likely seven years after the third season premiered on the service, which was Oct. 23, 2015. Therefore, the streaming giant’s agreement with the show’s producers is about to expire. There has been no word as to where (or if) “Hemlock Grove” will be available to stream after departing its original home, but Gaumont is free to negotiate a new deal for the series with any free or subscription streamer that it would like, including Netflix. 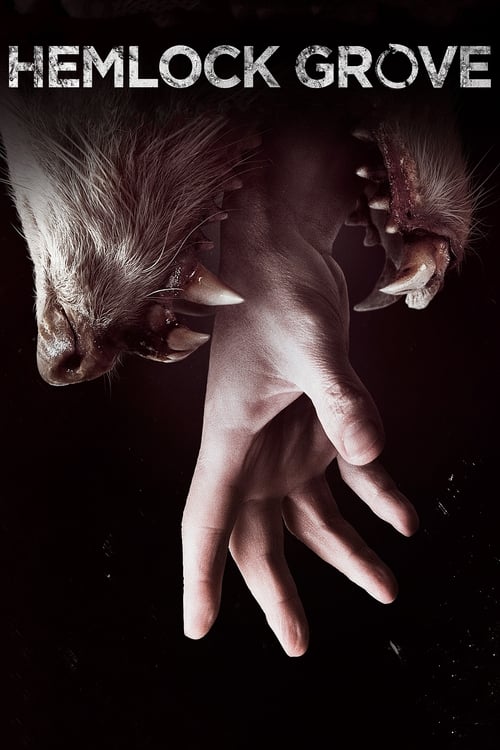 One cannot quench his all-consuming thirst. The other cannot tame the beast clawing its way out. In the sleepy Pennsylvania village of Hemlock Grove, two young men struggle to accept painful truths: about family, themselves, the mystery of the White Tower - and a terrifying new threat so powerful it will turn them from predators into prey.

Though not billed as a Netflix Original, the CBS hit procedural “Criminal Minds” had long been one of the most popular series on the streaming service. However, Netflix’s license to stream the show expired at the end of June, leading to the series exiting the platform. However, less than two months later, the service inked a deal for the show's return. Whether a similar reversal is in the cards for “Hemlock Grove” is yet to be seen, but it is possible.

Also this year, HBO Max removed an increasing number of original series and movies from its service, including many animated shows. Among them was “An American Pickle,” which in 2020 was the first original movie to debut on HBO Max after its launch. The service also axed more than 200 episodes of “Sesame Street.” The venerated children’s educational program moved to HBO in 2016 and has been a part of HBO Max since its launch in 2020.

The reason for those axings, however, are very different than what transpired between Netflix and “Hemlock Grove.” HBO Max is under new management after WarnerMedia was sold to Discovery to create Warner Bros. Discovery. The recent content removals are part of the new entity’s aggressive cost-cutting strategy in hopes of reducing the unified company’s budget by $3 billion. Reportedly, HBO Max has dropped numerous Max Original series in an effort to avoid paying out royalties and into insurance as part of back-end deals.

Netflix remains Netflix, an independent entity that has never been sold. While we’re not privy to any talks that took place between Netflix and Gaumont International Television, there’s no indication that Netflix dropped the show to save money. With all that Netflix spends on content, the cash that it would take to keep a nearly decade-old horror series on the service was likely a pittance.

And while Netflix has cut costs this year, after it lost subscribers in the first quarter, a report indicated that the company wasn’t planning to pull back on its content spending. And the extensive media coverage this year of Netflix’s financial position has not included speculation that the company could save money by dropping older original series from its library.

Whatever the reason, anytime a service loses content — especially when those titles were considered in-house originals — that can be confusing and frustrating to consumers who often sign up for services on the strength of their libraries. However, as streaming continues to evolve, and more long-term deals begin to expire, keeping up with where your favorite shows and movies are streaming is likely to get more and more difficult.