While some streaming service CEOs continue to boast about the end of linear TV, NBC appears to be taking steps in the opposite direction. Its decision to release the premiere episode of Peacock exclusive thriller, comedy series “The Resort” on broadcast may be a more indirect — and practical — means to draw more viewers to its streamer.

Originally appearing on Peacock on July 28, the series has been making real traction on the streamer, something that NBC is hoping to take advantage of. While releasing shows on both streaming and broadcast TV is not a new tactic, moving a series that was previously a streaming-exclusive to the traditional network format seems like an unusual step, even for a streaming service that has defied conventional wisdom since launching.

In a market where ad-supported video-on-demand (AVOD) subscription services and free ad-supported TV (FAST) channels are rapidly becoming the most popular ways to monetize streaming, bringing shows to broadcast TV would theoretically draw ad revenue away from those potential profit winners.

But, by giving a wider audience the opportunity to stumble across the series’ pilot episode on traditional TV, NBCUniversal is hoping that they will be hooked and dive into the rest of the season on streaming. 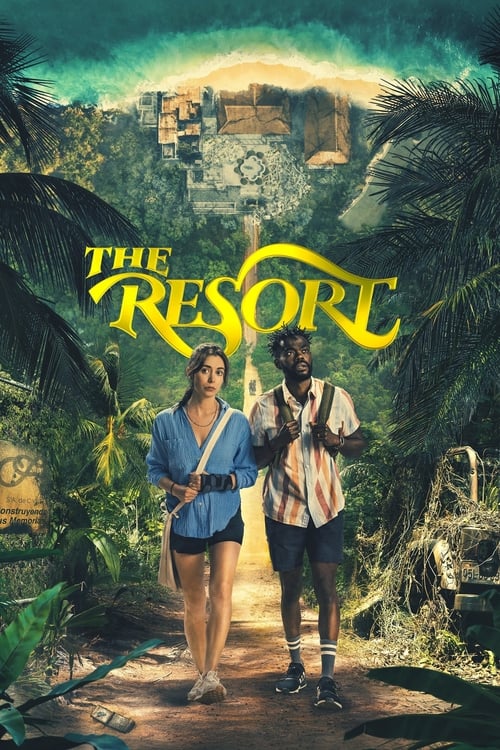 An anniversary trip puts a marriage to the test when a couple finds themselves embroiled in one of Yucatan’s most bizarre unsolved mysteries.

“Peacock audiences are hooked on the week-to-week mystery of ‘The Resort,’ and bringing the premiere episode to NBC is the perfect way to introduce it to new fans,” said Lisa Katz, President, Scripted Content, NBCUniversal Television and Streaming. “NBC viewers already know and love William Jackson Harper from ‘The Good Place,’ and joined by the incredible Cristin Milioti, the two lead a phenomenal cast that is giving people their next binge-worthy series.”

Watch the Official ‘The Resort’ Trailer:

The reason why NBC is featuring a streaming-only series on their broadcast station may be as simple as advertising. The company already knows that “The Resort” is popular amongst those that have checked it out on Peacock. By filling a summer primetime slot with the premiere episode on Aug. 24, it should serve as a 35-minute (plus commercials) ad for the streamer. Of course, a preview of the next few episodes already on Peacock should be enough to hook viewers hungry for more of the story as well.

Using popular IPs to open up new markets is also nothing novel. Prime Video is taking its “Lord of the Rings” prequel series “The Rings of Power” to the big screen for that exact purpose. The hype around the original “Lord of the Rings” epic may have faded after the poorer reception of Peter Jackson’s “Hobbit” trilogy, but Amazon hopes that there is still some magic left in big-budget fantasy fare to bring in crowds looking for a fix. This would, in turn, bring more eyes to the Prime streamer. The company is taking a bit more of a risk than Peacock, who had launched “The Resort” a month before its new marketing scheme and has already established that the brand has legs.

“The Resort” is a dark comedy, mystery show starring William Jackson Harper (“The Good Place”) and Cristin Milioti (“Palm Springs”) as a married couple looking to get away from it all. On their resort vacation, they begin to unearth a series of disappearances that put their relationship, and their skills for survival, to the test. The series premiere will air on NBC Wednesday, Aug. 24 at 9 p.m. ET.