An increasing amount of streaming services are mining video game IP in order to attract global audiences. According to a Whip Media survey that gauges what audiences are looking for in video game TV & Movie adaptations, the survey discovered that 66% of likely “Halo” viewers subscribe to Paramount+.

Upon surveying U.S. audiences who expressed an interest in “Halo,” interestingly enough, 43% of those surveyed don’t consider themselves avid gamers. Meanwhile, 71% said that they had played a Halo game. This indicates that the TV series, which comes to the service on Thursday, March 24, is attracting a general audience in addition to its video game base. 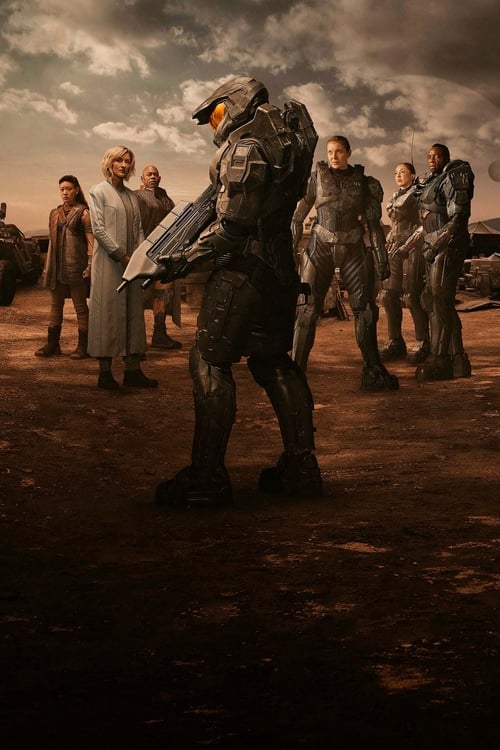 Based on Whip Media’s survey, 83% of respondents were either “very interested” or “interested” in TV adaptations of video-game-related content. Netflix, Amazon Prime Video, HBO Max, Paramount+, and other streamers have significant video game adaptations in the works.

Netflix’s “Assassin’s Creed” is the next upcoming TV show based on a video game that respondents most plan to watch, at 69%. Amazon’s “Fallout” has 62% of viewers anticipating the show whereas 61% of survey participants plan to watch HBO’s “The Last of Us,” 55% for Netflix’s “Resident Evil,” and Amazon’s “Mass Effect” comes in at 53%.

Netflix, Amazon Prime Video, and Paramount+ are pretty neck-in-neck in terms of the amount of excitement there is for their video game adaptations. However, Paramount+ is lacking in terms of quantity for video game-based content.

What Video Games Do Viewers Want to See Turned Into a TV Series or Movie?

“God of War” is the video game that respondents most said that they would like to see turned into a TV show or movie, outside of the currently planned slate of announced titles. “Horizon” and “Red Dead Redemption” shared second, and “Legend of Zelda” was third; “Call of Duty” ranked fourth.

Based upon Whip Media’s global data, “Halo” is the most anticipated Paramount+ show and has greater anticipation than Netflix’s “Arcane”; “DOTA: Dragon’s Blood”; “Castlevania”; “Love, Death & Robots”; and “Resident Evil: Infinite Darkness” at the same point in time pre-release.

Since “Halo” has not been released yet, it’s hard to tell how its ratings will compare to Netflix’s video game adapted shows. However, “The Witcher,” “Castlevania,” and League of Legends-based “Arcane” have been some of the top-performing shows on the service. More specifically, “Arcane” spent six weeks in Netflix’s Top 10, and the total hours watched in the Global Top 10s is 143,910,000 million hours.

Regardless, it’s becoming clearer that Netflix doesn’t dominate the streaming world like it used to — and a look at Whip Media’s list of the most anticipated new TV series of March makes that even clearer. In fact, there wasn’t one Netflix title among the top five most anticipated new shows in the U.S. “Moon Knight,” the latest Marvel series to hit Disney+ is at the top of the list for the most anticipated show, which will stream just six days (March 30) after “Halo,” which is placed in second.

Industry insiders already have high expectations for “Halo,” which reportedly cost $200 million and has already been renewed for its second season, prior to its premiere. Ideally, for Paramount+, “Halo” will team up with “1883” — the “Yellowstone” spinoff series — to create an appealing combo that drives viewership and subscribers to its platform.

Even though Netflix didn’t have a new series crack Whip’s March rankings, it did have two shows make the list of the most anticipated returning shows — including “Bridgerton” at No. 1, the Shonda Rhimes-produced series that returns for its second season on Friday, March 25.

As streaming competition is encouraging more video game IP to be adapted into TV series and movies, there is debate about how the story should diverge from the game. Respondents had mixed feelings when asked how much a show or film should expand upon the game’s storyline.

With a built-in global fan base and consumer demand that is clearly there, video game adaptations are poised to take off in this competitive market for subscribers.

Whip Media’s data is based on the viewing habits of TV Time users, a TV and movie tracking app. The survey was conducted among 438 US-based users of Whip Media’s TV Time app who are following “Halo” in the app.