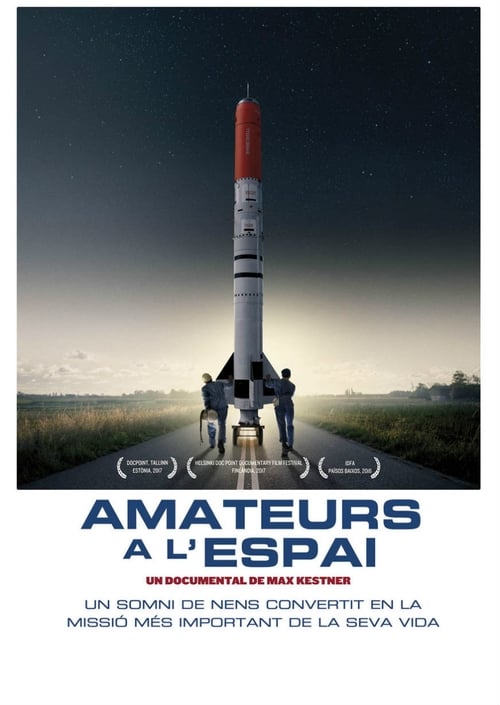 Over Amateurs in Space

Over a period of 6 years award winning director Max Kester follows two best friends and top engineers as they follow their dream to build a “DIY” rocket to travel into space. If they succeed, Denmark will be only the fourth nation in history to launch people beyond the Earth’s atmosphere. Against their families odd’s and technical challenges they build the cheapest rocket for the costs of a small car. They attract a group of space-flight enthusiasts from around the world who support them with great excitement. It’s the story of one of the greatest dreams of humankind and how to make it come true, despite such everyday obstacles as losing your screwdriver or fighting about whose turn it is to take out the trash. It’s a film about reaching for the stars.