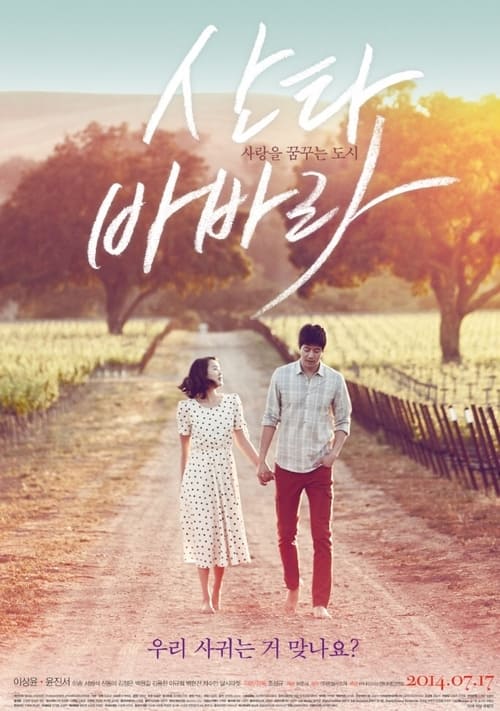 Because of his close friend’s betrayal, music director Jung-Woo (Lee Sang-Yoon) lost his precious guitar to creditors. He is asked to make a commercial and meets advertising exec Soo-Kyung (Yoon Jin-Seo). Due to personality differences, they have a confrontation. Later, they drink wine and talk about wine, movies and Santa Barbara. They discover they actually have some things in common and they develop feelings for each other. The next evening, they drink again and get drunk. Soo-Kyung tells him that they have been a couple since yesterday. With their romance just blooming, Jung-Woo fails to meet the deadline for the commercial. Soo-Kyung is disappointed and their romance ends. Some time later, they meet again for a commercial project. They have to go to Santa Barbara which they both admire.