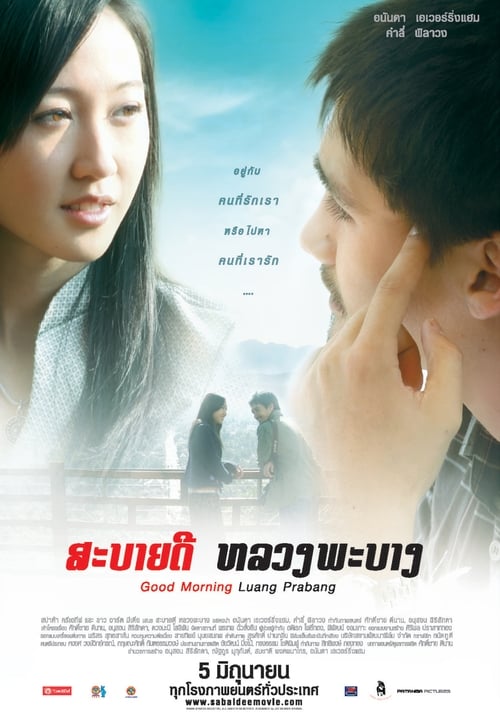 Sorn, a multiracial photographer, is assigned by his editor to take pictures of Laos, where he’s reluctant to go. Even though, Sorn is half-Laotian, going back to his homeland is never on his mind. Sorn arrives at Pak-Cher town where he hires a guide, Noi to take him out to the best picture spots in Laos. They go from LeePee waterfall, Korn-Papeang, all the way to See-Pun hill, which is an island on the Mae Khong River. Unfortunately, it’s Noi’s first time being a tour guide. She keeps taking them in the wrong direction. They have to ride and cruise all over. As a result, Sorn have to go back to his childhood home. By the time he gets there, Sorn finds out that his remaining family still remembers him more than 10 years later and welcomes him with open arms. Sorn gradually sees Laos as his own home. At the same time, Sorn develops a crush on Noi and treats her like a princess. However, believing that Sorn leave, Noi tries to avoid seeing Sorn as much as possible.