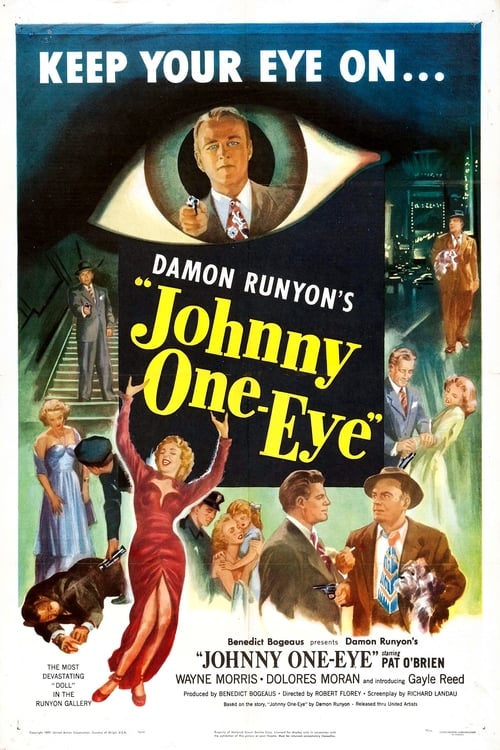 Johnny One-Eye was adapted from one of Damon Runyon’s lesser-known stories. Pat O’Brien and Wayne Morris star as Martin Martin and Dane Cory respectively, former partners in crime who have long since split up. When a new district attorney puts the heat on, Cory, anxious to save his own hide, accuses Martin of an unsolved murder. Holed up in abandoned house, Martin is befriended by a little girl (Gayle Reed) and her dog. It so happens that the girl is the daughter of the crusading DA, and thereby hangs the rest of this tale. Produced by Benedict Bogeaus, Johnny One-Eye co-stars Bogeaus’ wife Dolores Moran as a moll named Lily White. The film represented the last directorial assignment of Robert Florey, who retired shortly afterward.