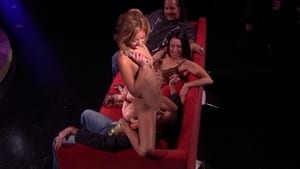 In each episode, four contestants compete in a series of sexual performances for the judges and viewers then vote for their favorite performer on Playboy.com. Winners win an exclusive contract with Jameson’s movie studio ClubJenna.

Season 1 judges included Christy Canyon, Ron Jeremy, and Jim Powers. Season 2 judges included Jim Powers, Jenna Lewis, and Jay Grdina. The judges will eliminate two contestants and then viewers will vote for who should move on to the finals. Playboy TV’s Andrea Lowell appears on season 2 as the Envelope presenter when girls are to be eliminated, or winners announced.

Season 1 winner, Brea Bennett announced in an August 2007 interview that she had left Club Jenna. Season 2 winner, Roxy Jezel, stopped working with Club Jenna after one year, and stated that she planned to retire in August 2009.