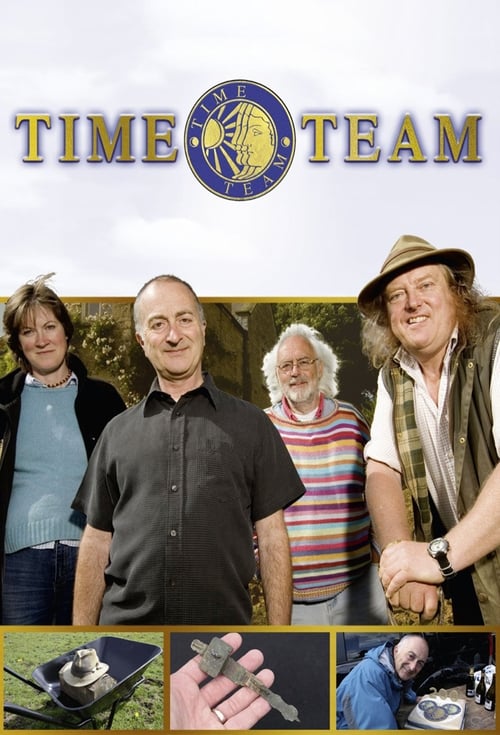 Time Team is a British television series which has been aired on British Channel 4 from 1994. Created by television producer Tim Taylor and presented by actor Tony Robinson, each episode featured a team of specialists carrying out an archaeological dig over a period of three days, with Robinson explaining the process in layman’s terms. This team of specialists changed throughout the series’ run, although has consistently included professional archaeologists such as Mick Aston, Carenza Lewis, Francis Pryor and Phil Harding. The sites excavated over the show’s run have ranged in date from the Palaeolithic right through to the Second World War.