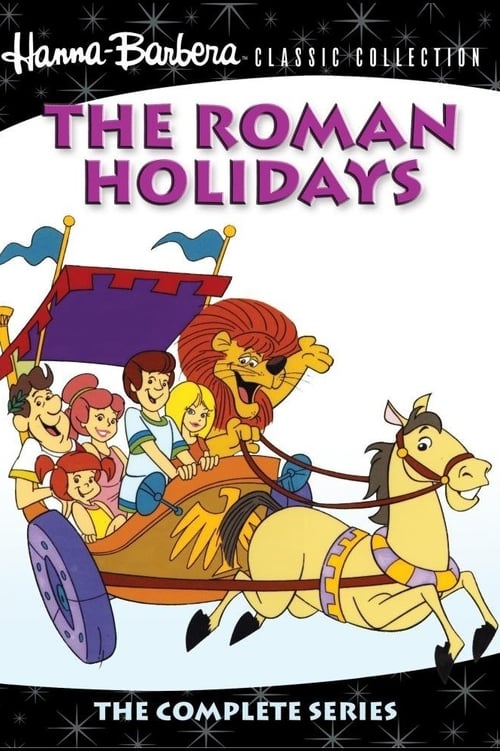 The Roman Holidays is a Hanna-Barbera animated television series that was broadcast in 1972 on NBC. It ran for 13 episodes before being cancelled. Very similar in theme to both The Flintstones and The Jetsons, The Roman Holidays brought a look at “modern-day” life in Ancient Rome, around 63 AD, as seen through the eyes of Augustus “Gus” Holiday and his family. The opening showed a chariot traffic jam and a TV showing football on Channel “IV” An Ancient Roman setting was actually one of the ideas that Hanna-Barbera considered as they were working to create The Flintstones.