How to Watch ‘Captive Audience’ on Roku, Apple TV, Fire TV, and More

If the early days of the pandemic didn’t totally sate your hunger for true crime documentaries, Hulu has a wild one coming your way this spring. “Captive Audience” tells the tale of Steven Stayner, a seven-year-old California boy who went to school one day — and never returned. What follows is a roller coaster of emotions, from the highest of highs back down to the lowest of lows — and everything in between. You can watch “Captive Audience” starting April 21 with a Prueba gratis 30 días of Hulu

How to Watch “Captive Audience” on Roku, Fire TV, Apple TV, and More

This is the story of how a story gets told, and how the media’s magnifying glass impacts the characters caught in the narrative. Siblings Ashley and Steven Stayner Jr. never knew their famous father Steven, the child victim of a shocking California kidnapping, who tragically died in an accident when they were young. In 1972, seven-year-old Steven went to school – and never came home. His mother Kay struggles to keep the media interested in the case and to hold her family together. Then, after seven years, a miracle: Steven returns. The media can’t get enough of the story and frantically descend on the Stayner home – but this isn’t the Hollywood ending it appears to be. 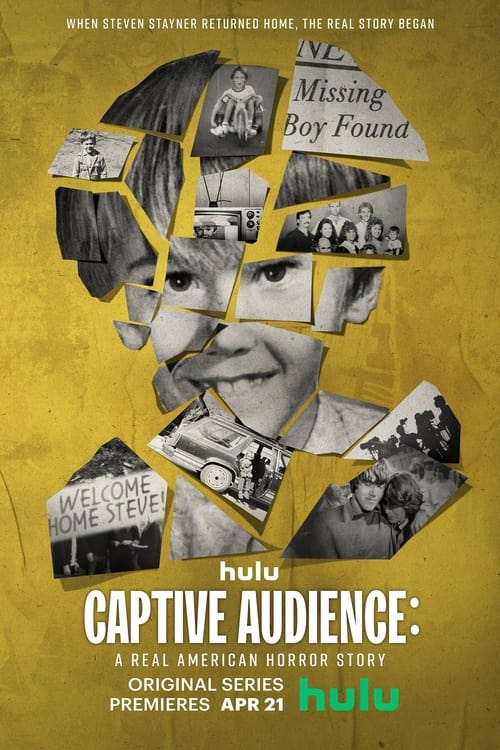 1972: 7-year-old Steven Stayner vanishes from Merced, California. For years, his family searches for him, only to find they’ve been looking for the wrong boy. 50 years on, Steven’s children unearth clues to their father’s mysterious past.