At the first night of CinemaCon in Las Vegas on Monday, WarnerBros. Discovery announced that after a 45-day window in which it was only available in movie theaters, once it finally arrived on streaming, “The Batman” eclipsed the number of first-week views of all of HBO Max’s day-and-date movie releases from 2021.

Former WarnerMedia president Jason Kilar set the entertainment world on its head in late 2020 when he announced that his company would release its entire 2021 slate of films on streaming service HBO Max on the same day that they were released in theaters. The decision was incredibly controversial with moviemakers and cinema owners alike.

However, it allowed the then-fledgling platform to grab an immediate foothold in the streaming wars. Just last week, the newly merged Warner Bros. Discovery announced that they had hit 76.8 million subscribers worldwide in the first quarter of 2022, so the gamble seems to have paid off.

However, the success of “The Batman” also reinforces the power of cinema exclusivity. After grossing $750 million worldwide — including $365 domestically — the noir detective take on the Caped Crusader was viewed by 4.1 million U.S. households in its first week on HBO Max, dwarfing “The Suicide Squad” total of 3.5M views, “Wonder Woman 1984” and “The Matrix Resurrections” at 3.2M, and eventual Best Picture nominee “Dune” at 2.3M. 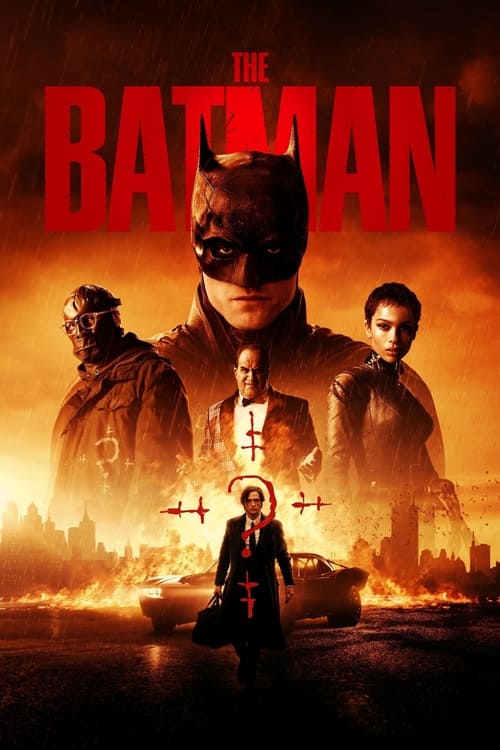 In his second year of fighting crime, Batman (Robert Pattinson) uncovers corruption in Gotham City that connects to his own family while facing a serial killer known as the Riddler (Paul Dano).

The film was directed and written by Matt Reeves.

The only theatrical release to best Robert Pattinson’s inaugural outing as the Dark Knight in terms of Week 1 views on HBO Max was “Mortal Kombat,” which did 4.3M. However, while the video game adaptation was released in 2021, it was not produced by WarnerMedia and therefore did not fall into the day-and-date program.

Matt Reeves’ dark superhero film explores Bruce Wayne’s alter ego as he investigates Gotham City’s criminal underworld in order to catch a killer targeting the city’s elite. Throughout his search, the world’s greatest detective encounters such characters as Selina Kyle — a.k.a. Catwoman — played by Zoë Kravitz, The Penguin (Colin Farrell), Carmine Falcone (John Turturro), and The Riddler (Paul Dano). As Batman gets closer to cracking the case, the evidence begins to hit a little too close to home.