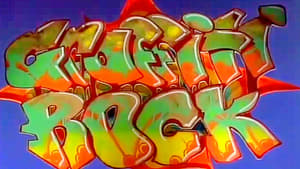 How to Stream Graffiti Rock Online

Graffiti Rock was a hip-hop based television program, originally screened June 29, 1984. Intended as an on-going series, the show only received one pilot episode and aired on WPIX channel 11 in New York City and 88 markets around the country, to good Nielsen ratings.

Graffiti Rock resembled a hip hop version of the popular television dance shows at the time such as Soul Train and American Bandstand. The show was created and hosted by Michael Holman, who was the manager of the popular break-dancing crew, the New York City Breakers.

The episode features Run D.M.C., Shannon, The New York City Breakers, DJ Jimmie Jazz and Kool Moe Dee and Special K of the Treacherous Three. The New York City Breakers, who were fresh off of their success from the movie, Beat Street, made a showcase appearance. The episode also features television and film actress, Debi Mazar and actor/director Vincent Gallo as dancers on the show.

A segment of the show was sampled on The Beastie Boys’ LP Ill Communication. “[…] alright, you’re scratchin it right now, cut the record back and forth against the needle, back and forth, back and forth, make it scratch, but let me tell you something don’t try this at home on your dad’s stereo only under hiphop supervision, alright ?” The show has since become an important ‘must-see’ for hip-hop enthusiasts, alongside such titles as Wild Style and Beat Street.