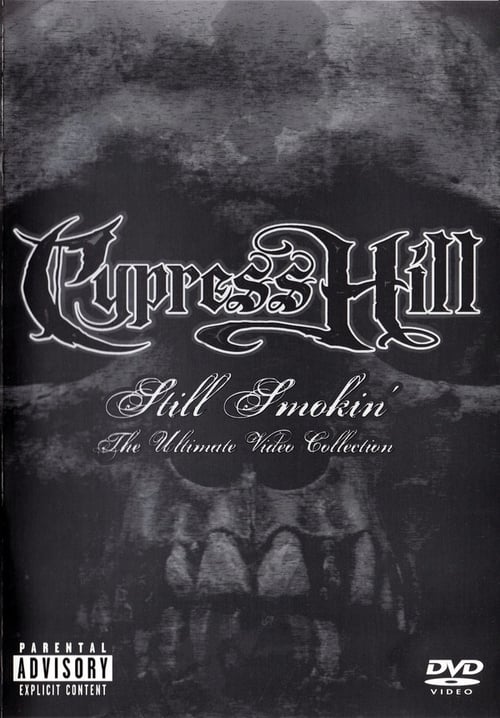 Still Smokin’ is a comprehensive collection of promos from Hip-Hop’s “vatos locos”, Cypress Hill, spanning the whole of their 10-year, seven-album career. Following a brace of songs recorded live at San Francisco’s Fillmore Theatre, this selection settles into a tried and tested promo formula for half of its running time, using ghetto-real grainy footage of the moody trio stalking inner city streets. “When the Ship goes Down” branches out into conceptual territory with a three-minute epic concerning internecine gang warfare that breaks up the band’s performance. On “Dr Greenthumb” they play on their Furry Freak Brothers of rap stereotype in the setting of a green-fingered General Hospital. “(Rock) Superstar” sees a Cypress fan winning a Willy Wonka-style ride through their Hall of Mirrors, where he is transformed into a bona fide, gold lame-wearing rock star. Set in a derelict warehouse, the hardcore romp of “Can’t Get the Best of Me” is reminiscent of Fight Club’s basement brawls.