Groucho: A Life in Revue 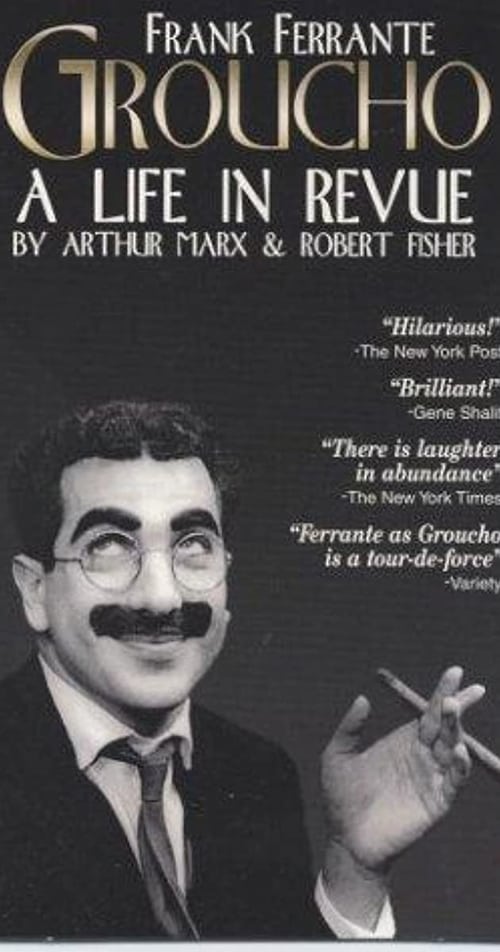 Über Groucho: A Life in Revue

Groucho: A Life In Revue highlights the legendary comedian’s life and amazing career. Written by the ultimate authority – Groucho’s son Arthur Marx – this comedy with music chronicles the unparalleled rags-to-riches story of America’s funniest entertainer. Groucho is portrayed by Frank Ferrante, whose more than 2,000 performances in this role have earned him critical acclaim worldwide. Groucho: A Life In Revue entertains as a comedy, a play and as a musical. With ten songs and musical underscore throughout, the score captures the comic genius and wildness of Groucho, the Marx Brothers and the times in which they lived.

Wo kann man Groucho: A Life in Revue online sehen?