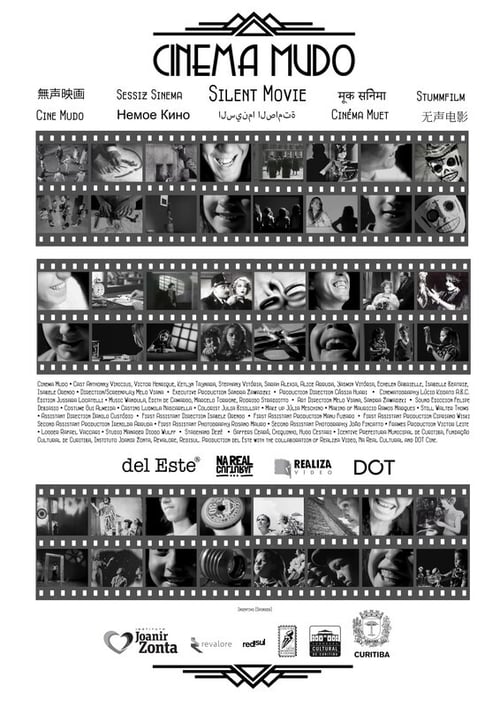 The “Cinema Mudo” project is the realization of a short film and at the same time helping and integrating residents of a community living in a high-risk area. All children (actors and actresses) who work in the movie are residents in the community Vila Torres, an at-risk area in Curitiba. They were chosen after a theater classes for children held in that community as part as the film project. Most of the residents of this community live from the collection and recycling of garbage in the city of Curitiba. The story shows three children (two boys and a girl), in the mid-thirties, setting up a movie frame projection room. They build a projector with an empty shoe box with two holes with the size of a film frame. Inside the box they put a burnt-out bulb without its filament and filled with water. This bulb is used as a lens. Children had to wait until the bulb burned out. Those electrical bulbs were rare in those days.