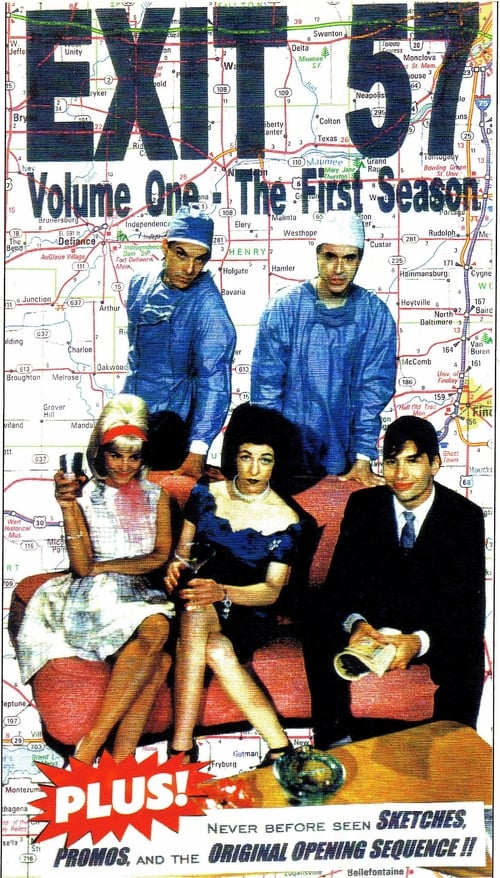 Exit 57 was a 30-minute sketch comedy series that aired on the American television channel Comedy Central from 1995 to 1996; its cast was composed of comedians Amy Sedaris, Paul Dinello, Stephen Colbert, Jodi Lennon, and Mitch Rouse, all of whom had previously studied improv at The Second City in Chicago. In 1999 Sedaris, Dinello, Colbert and Rouse would also create the Comedy Central show “Strangers with Candy”.

Humorist David Sedaris also served as an additional writer for the series, sharing a single onscreen credit with his sister as “The Talent Family”. The show’s producer, Joe Forristal, had also served as executive producer for The Kids in the Hall.

All of the sketches in the series are implied to take place in the fictional suburban setting of the Quad Cities. During the show’s memorably cryptic opening sequence, the cast members are seen standing next to a broken down car on the highway. Soon they are picked up by a passing driver, who changes the radio station at the mention of a serial killer, and takes Polaroid pictures of his increasingly uncomfortable passengers. Growing suspicious, the cast demands to be let out. The car is then seen pulling off the highway at Exit 57.