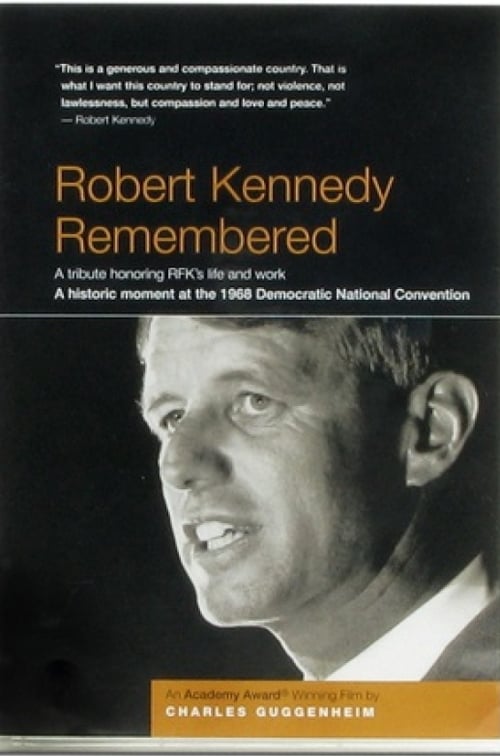 This moving film tribute to a man who had hoped to win the presidency created a historic moment when it brought the Chicago Democratic National Convention to a standstill and the crowd, in tears, to its feet. Commissioned by the Kennedy family, the film begins with the funeral train to Washington, D.C. and follows the triumphs and tragedies in the late Senator’s life with extraordinary newsreel footage, archival stills, and home movies. The film was produced in only four weeks, two months after the Senator’s assassination, in order to meet the Convention deadline. Guggenheim Productions, with the country’s resources at its fingertips, worked around the clock to complete this film honoring RFK’s life and the Democratic Party. “Robert Kennedy Remembered” is a poignant film biography that evokes the spirit, quality and commitment Robert Kennedy brought to his life and work. This film went on to win Academy Award® for Best Documentary Short in 1968.

Where can you watch Robert Kennedy Remembered online?