For Better or Nurse 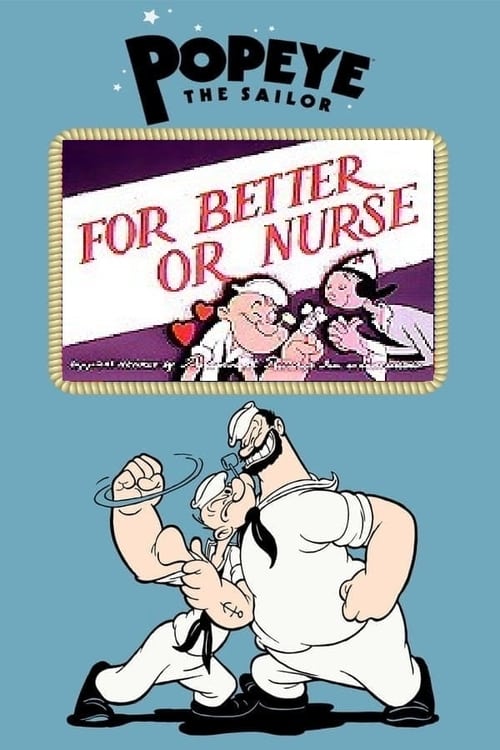 Tietoja kohteesta For Better or Nurse

The boys see lovely nurse Olive pass by and follow her to her hospital. She throws them out, so they scheme to hurt themselves enough to get hospitalized, with no luck. Bluto gets a wall to fall on him, but stands in the window. Popeye tries to get run over by a steam-roller, but a street cleaner saves him. Bluto dives off a skyscraper - into a huge pile of mattresses. Popeye stands in a naval gunnery range, but the gunners miss the target. Bluto taunts a bull, but stands next to a billboard of an attractive cow, which distracts the bull. Popeye crashes a plane, but the ambulance crew rescues the plane. The boys compete to get run over by a train, but punch each other off the tracks just as the train arrives. Finally, Popeye forces a can of spinach down Bluto’s throat and gets a pounding. That lands him in the hospital but not Olive’s; they failed to notice the sign: “Cat and Dog Hospital.” They start fighting like cats and dogs, and get hauled off to the looney bin.