Out of all the things that no one saw coming in 2020, the triumphant return of the the Warner family—Yakko, Wakko, and Dot—probably had to be somewhere near the top of the list. The outrageous trio who gave us laughs, a few memes, and of course, the Wheel of Morality is back for another round of mayhem, frolic, and superintelligent lab rats as Hulu brings back Animaniacs for a second season! You can watch with a subscription to Hulu.

“Animaniacs” never really had much of a plot. Mostly episodic in nature—the “Pinky and the Brain” segments would occasionally try for a short arc—the show was often focused on chaos, laughs, and sometimes, chaos and laughs together. The new series will keep some of that in play, but with a few new twists that may or may not be so well-received.

The new version reintroduces us to old friends the Warners, who will engage in a wide and staggering variety of antics. Yet they’ll also have some trouble on their hands as the Warner studio has undergone a bit of a sea change in management. Where formerly, the studio was run by short, rotund money-grubber Thaddeus Plotz, the studio is now run by Nora Rita Norita, which really only serves to give the Warners new fodder to work with. Norita seems to care less about the Warners than Plotz ever did; Plotz focused on keeping the Warners contained so the studio could run more effectively. Norita, meanwhile, is less concerned about the Warners’ impact on operations.

Also making a return are Pinky and the Brain, a pair of lab mice with aspirations of world conquest. Well, actually, only Brain cares about that. Pinky is much less concerned with who’s running the planet. The duo will embark on a series of unlikely plans in a bid to achieve Brain’s dream, and most of the time, they will fail.

A new addition to the series is “Starbox and Cindy,” which is the oddly familiar tale of a race of belligerent interstellar conquerors who decide Earth is their next target. The conquerors, led by Commander Starbox, make one fatal error when they discover that they, and their ships, are roughly the size of an Earth hamster. As a result, Commander Starbox finds himself the unwilling pet of young Cindy, and now, he must attempt to get word back to his fleet while living life in the young lass’ clutches.

Sadly, it seems those interested in seeing the side characters come back—like Buttons and Mindy or the Goodfeathers—will be left waiting once more. But at least we’ve got the biggest parts of the old crew back, and that’s not nothing. 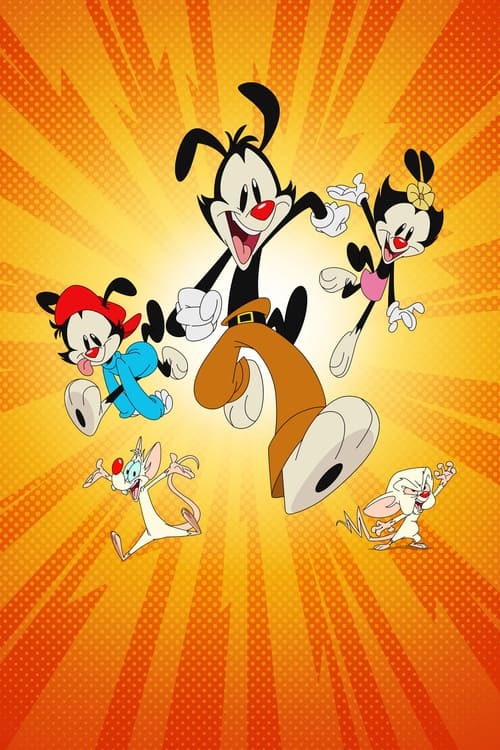 The Warner siblings, Yakko and Wakko, and Dot, have a great time wreaking havoc and mayhem in the lives of everyone they meet. After returning to their beloved home, the Warner Bros. Water Tower, the Animaniacs waste no time in causing chaos and comic confusion as they run loose through the studio and beyond, turning the world into their personal playground. Joining Yakko, Wakko and Dot are fan-favorite characters Pinky and the Brain, continuing their quest for world domination.