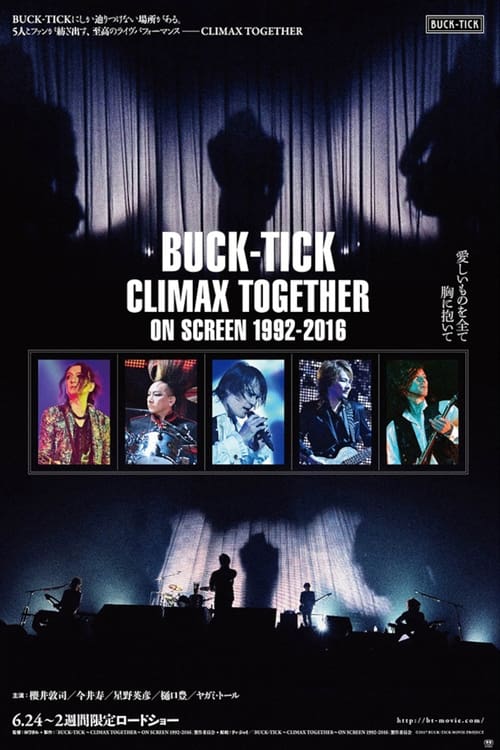 BUCK-TICK’s “CLIMAX TOGETHER” which was done on the same date, the same place in 1992, 2004, 2016 and 12 years cycle. It is a track of “BUCK - TICK” evolution that will continue to operate in major scenes from the dawn of Japanese rock industry. Death of familiar people, global terrorism, threat of nature. A deep bond and affection with fans who keep closing together no matter how many years passed. By sharing sorrows that never can resist and the joy that anyone can not take, a message was born and a song was born. The work now approaches the core of “CLIMAX TOGETHER” and “BUCK - TICK”, by interviewing the members, and re - editing the images released as works until now as unpublished scenes, for 32 years since the formation It became a work that can recognize the growth and ties of the members who have been walking.