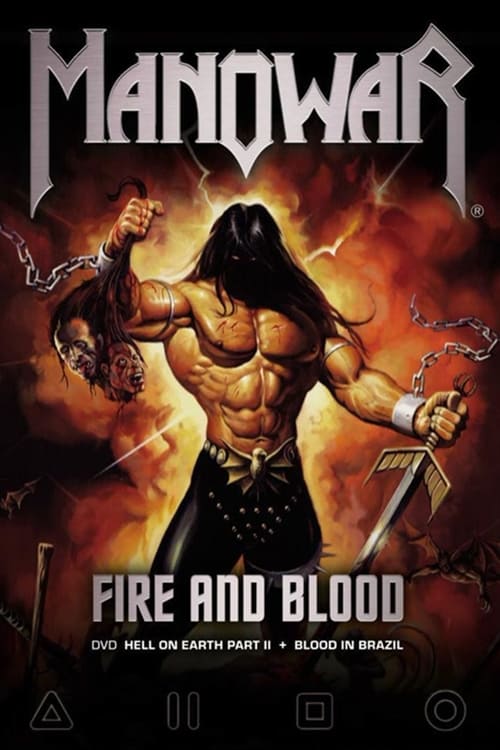 Fire and Blood is a double-DVD from American heavy metal band Manowar. The first DVD is a documentary that features part 2 of the series “Hell on Earth”. With almost two hours of running time “Hell on Earth Part 2” documents the 1998 “Hell on Stage” European Tour with almost 30 shows. The second DVD, Blood in Brazil is their live performance at the Philips Monsters Of Rock in São Paulo, Brazil on September 26, 1998. This was the first a complete concert performance captured in the band’s career.