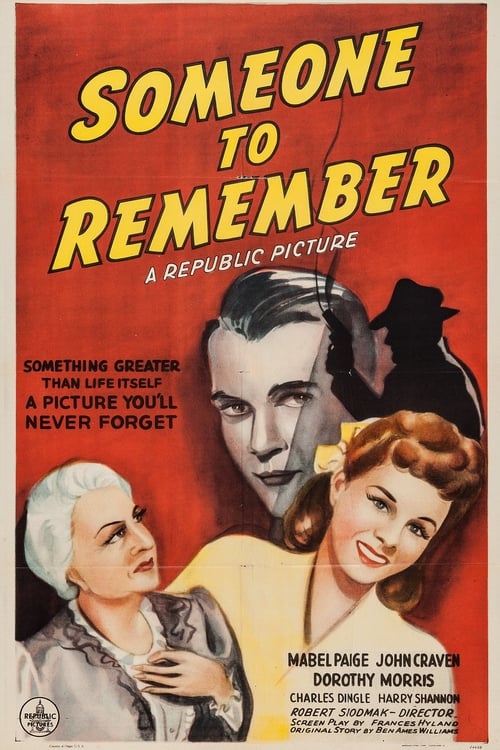 Informazioni su Someone to Remember

An elderly woman whose son disappeared years before refuses to move when her apartment building is turned into a college dormitory for male students, as she is convinced that he will return one day. She continues to live in the building after it becomes a dorm, and eventually grows attached to a troubled young student whom she comes to believe is her own grandson. When she finds out that the boy’s father will be visiting him, she prepares herself to be reunited with the man she has convinced herself is her long-lost son.